Former FSC chair all fired up over outdated arson science

According to Austin lawyer Sam Bassett, the former chair of the state's Forensic Science Commission, there are plenty of questions left to be answered about how outdated arson science affected the case of Cameron Todd Wil­ling­ham – and those questions, and their answers, should be posed publicly, he wrote in a recent two-page letter to the commission. "Because of the importance of this investigation and because of the significant issues raised, public deliberation and discussion of the investigation are crucial," he wrote on Aug. 10.

At issue is the commission's review of flawed arson science that led to the conviction and execution of Willingham for the death of his children, who perished in a fire in their Corsicana home in 1991. Questions about the Willingham case have intensified in the years since his 2004 execution. The nascent commission was asked to review the case (and that of Ernest Willis, who was exonerated of arson-murder just months after Willingham was executed) by the New York-based Innocence Project. A handful of fire-science experts – including Craig Beyler, a Maryland-based expert who wrote a lengthy report at the commission's behest – have weighed in to say that the standards applied by investigators in the Willingham case were outdated.

Just before the commission was set to publicly vet Beyler's report last year, Gov. Rick Perry stepped in to replace several members, including Bassett. Perry installed as the group's chair his political pal John Bradley, the Wil­liam­son County district attorney. Not surprisingly, the official review of the Beyler report was put on hold, and since then nothing about the case has been reviewed in public. Bradley created a small panel of commission members to review and discuss the case; the panel was small enough to avoid meeting in public, and to date all deliberations have been held in private.

At the commission's meeting last month, the Willingham panel announced its conclusion that flawed science had been used but that none of the investigators had actually been negligent in using the outdated science. Still, Bradley said that before the commission issued a final report it would be open to receiving public feedback.

Bassett's letter succinctly delivers his advice to the panel, concluding that individuals involved in the case – including Beyler and members of the state's Fire Marshal's Office, which was involved in concluding that the fire had been deliberately set – should speak publicly and be questioned publicly by the commission. Moreover, Bassett argues that while breaking the commission into panels in order to handle some of its work ("sensitive personnel issues within laboratories," for example) could be useful, a "closed door review" in the Willingham and Willis cases is not appropriate because of the "significance of the investigation to fire science and the controversy surrounding the complaint," he writes. "A public analysis of this case seems optimal and in the best interest of all stakeholders."

Finally, Bassett recommends that in its final report on the matter, the commission should be sure to include a discussion of the evolution of fire science over the last 20 years. This is critical in part, he wrote, "so that entities may take any corrective action necessary to examine cases involving arson conclusions under the old standards." Moreover, the report should answer critical questions, including how long flawed science was used by the state, and should address the context for the use of bad science in the Willingham case. Importantly, he noted, these questions should be answered by the scientists on the commission, not the lawyers. "Lawyers are influenced by professional biases related to their career path," he writes. "For the credibility of the Commission to reach its highest level, the emphasis should be on science, not legal issues such as guilt or innocence."

Texas Forensics: Politics vs. Justice
The Forensic Science Commission does what it can under A.G.'s limitations 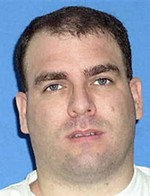