Climate Protection: City in No Hurry To Cool It

Checking in on the Climate Protection Program's progress – or lack thereof 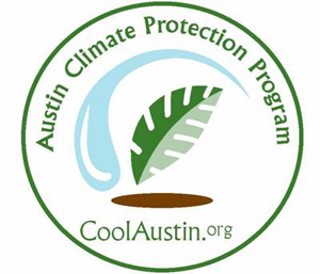 Any day now, the city's annual report on the Austin Climate Protection Program is due for release. (It's late, but then so has been every major goal of the program.) Perhaps the report will prove impressive. But the handful of folks closely following the program agree that – as environmental activist Scott Johnson tactfully put it at the last city Resource Management Commission meeting – "the program has underperformed."

Resource Management Commission Chair Christine Herbert said she may share that concern. "I think we need to evaluate whether this program has succeeded or not," said Herbert, who expects the annual report to be presented by ACPP Director Ester Matthews at the commission's Aug. 17 meeting. "I think it's time to evaluate the cost-effectiveness of what this program has been able to accomplish. Is it still in our best interests to operate this way?"

Ownership of the ACPP has fallen through the cracks. Since its February 2007 inception, the program has been housed, staffed, and funded at Austin Energy – but the ACPP is a city of Austin program, responsible for reducing greenhouse gas emissions from all sources at the municipality as well as communitywide. The dual AE-Austin structure – plus a number of other handicaps – has yielded mediocre performance. Karl Rábago, who provides leadership of the program as a vice president at AE, said last week that he now believes it would make sense to house the communitywide and departmental efforts at the city, not AE. "A small team of people, deployed inside AE, is not the way to change the fundamental culture of the city," he said. As for the program's performance to date, Rábago insists, "I'm satisfied."

For the past few years, the program has been missing deadlines, failing to fully meet its council mandates, failing to make public a detailed plan of action with real performance measures, and failing to make Austin "the leading city in the country" for climate action, as council directed. Yet no one has demanded accountability. The usual environmental community leaders grumble, but no effective community oversight exists. It's been far too easy for the mayor, City Council, and city management to shrug, say "not my department," and ignore evidence of weak management, internal strife, and tepid results.

In the Chronicle's review of last year's thin annual report, the program's shortcomings were chronicled in detail, as were a host of possible solutions and ideas from other cities. (See "Two Years Gone – How Many Left to Save the Planet?" April 17, 2009, and "Not So Cool," June 19, 2009.) Officials contacted agreed that the program needed scrutiny, yet no structural improvements ensued.

The consequences of failing to deliver communitywide greenhouse gas emissions reductions are very real. With global warming occurring at an alarming clip, based on all the best international science, we need to begin preparing for serious climate impacts: increasing water shortages, hotter summers, more frequent and severe weather events, new diseases and insect infestations, increasing numbers of endangered species, and loss of habitats. Yet a resolution passed last year by the Environmental Board – that the ACPP add "adaptation" to its charge and begin planning for these threats – died at council.

As a council member, Lee Leffingwell was co-sponsor of the 2007 resolution that set the bar high – to make Austin No. 1 for greenhouse gas emissions reductions. AE's new electricity generation plan (if finally adopted by council) might indeed qualify as one of the most aggressive in the U.S. But on goals charged to the program staff, they've fallen behind. Council directed staff to return within a year with a communitywide plan to reduce greenhouse gas emissions from all sources, including transportation and land use – 3½ years later, we still don't have one. (A community plan process was endlessly discussed, finally launched this March, then stalled, then recently restarted.) Council directed staff to establish short-term and long-term carbon-reduction targets, communitywide, and develop a comprehensive plan for meeting them. It's uncertain whether those quantifiable targets and a way to hit them will be in this year's report.

Other problems include a failure to incorporate into the program the communitywide greenhouse gas emissions impacts of three key departments – Austin Water, Transporta­tion, and Solid Waste Services. Solutions proposed to drive community engagement included a mayoral green-ribbon panel of corporate, major employer, philanthropic, academic, scientific, and community leaders, such as that convened by Mayor Richard J. Daley in Chicago. Asked why Mayor Leffingwell hasn't convened a similar panel, Amy Everhart, policy director for the mayor, said he would if asked: "The Mayor's office has been intimately involved in the ACPP Community Plan since the summer of 2009 after he took office. This is one of the Mayor's top priorities."

The past year has seen the resignations of four passionate young professionals – all with advanced degrees in the field – hired to staff the program: Jake Stewart, Rachel Thompson, Sascha Petersen, and most recently, Jennifer Clymer. Why have they left? Reasons they shared with me included poor team morale, personality conflicts, lack of a strategic direction, and frustration that the program is accomplishing so little. Rábago said he's unconcerned by the exodus: "I was not at all surprised. The bureaucracy here is numbing. That's annoying to a young person."

ACPP Director Matthews has announced she plans to retire this year. The city's new chief sustainability officer, Lucia Athens, starts Sept. 7 – but, at least initially, will have no staff. With so many vacancies to be filled at ACPP, a more sustainable use of staff resources might be to rethink staffing and reorganize the climate program under the fresh leadership of the chief sustainability officer. The program is costing Austinites between $800,000 and $1.2 million a year – where is the return on the investment? Everhart said that when the annual report is presented to council, probably in August, "If it seems like the plan is veering off course, then the Mayor will certainly step in to right the ship."

"My recommendation is, clearly, after three years it's time to re-evaluate and maybe realign some of the goals and create new ones," said Herbert, who was nominated to the commission by Council Member Randi Shade. "I certainly would be happy for the [Resource Management Commission] to pass a resolution calling for metrics and measurable goals and results annually. In this economy, every other city department's budget has had a good working-over, so it's time to look at this one, too, before you spend more money and do any more hiring." 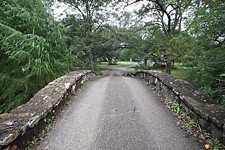 The Spa at Hancock and 41st?
Developer has eye on historic Central Austin property