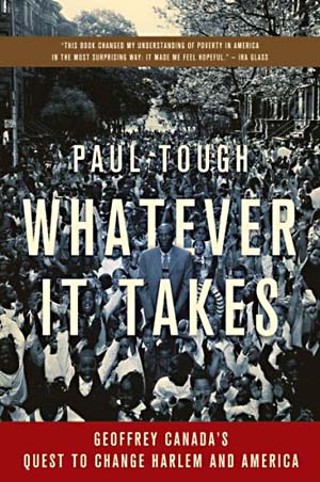 In 2007, when then-Sen. Barack Obama first proposed the Promise Neighborhoods initiative on the 2007 presidential campaign trail, he said the purpose was "to replicate the Harlem Children's Zone." Since its formation in 1997, that project has been credited with breaking intergenerational cycles of poverty and low achievement in a 97-block area of Manhattan. While the projects applying for the new federal grants may have the same vision and even many of the same proposals, the one thing they can't replicate is Geoffrey Canada, the charismatic, visionary, and sometimes controversial CEO of Harlem Children's Zone Inc.

Paul Tough's 2004 article on Canada for The New York Times evolved into a full biography in 2008, recounting how the Bronx native reshaped a local social services nonprofit called the Rheedlen Centers for Children and Families into the Harlem Children's Zone Project. In a recent interview with the Chronicle, Tough explained, "The reason I called the book Whatever It Takes is because that's his philosophy. ... They take this comprehensive approach, combining educational support and social programs, to try to meet all the needs that kids have in that neighborhood – and there are a lot of needs."

At the heart of the Children's Zone program is what Tough described as "an unending conveyor belt of social services" from prenatal care through to college prep. "The idea is that these same kids are funneling through this same pipeline from birth through college ... to provide the same kind of support that middle-class and upper-middle-class kids get as they go through their childhood and adolescence."

The project is all-inclusive: Centered around the zone's three charter schools and covering roughly 8,000 students and 6,000 adults, initiatives include the Baby College for expectant parents, pre-K education, and even asthma and obesity programs. The idea is to remove every reason why a child might struggle or drop out of school, which Tough saw as "plugging all the holes in the safety net" instead of the current "Band-Aid approach. That works for some kids, like where you run a good afterschool program and one out of 20 or so is going to be the kid that has that magical connection to the counselor or teacher, and their life really is transformed. But for most kids, that's really not enough."

If that conception-to-college network sounds expensive, Tough said, "it is." The program's 2010 fiscal year budget is expected to reach $75 million. Yet even with an average cost per child of around $5,000 to $6,000 a year, Tough said, "they make a very good case that spending this money early on, the savings that society gets in terms of ... crime prevention, less money in the judicial system, less money on locking people up, less money on welfare payments, is going to easily outweigh this kind of expenditure."

Tough was also clear that just because something succeeded, that doesn't mean it will work elsewhere. Part of the reason Canada's project worked in Harlem was that he came from a very similar community and understood the local culture. He said, "Any successful replication is obviously going to involve a lot of help from outside ... but if it just feels like it's something that's imposed from without by people who know better telling poor people what to do, it's not going to work."

Another part of the Harlem experience any new project will find it hard to replicate is Canada himself. While sometimes controversial within New York educational circles, the charismatic CEO has become a force to be reckoned with in New York politics while retaining his hands-on management position in the Children's Zone. Tough argues that it's not so much about replicating the leadership structure as ensuring accountability. The big difference between what Canada did and either Austin proposal is that he effectively had to build every school and every program from the ground up, while the local applicants are bringing existing agencies together into new partnerships. In Harlem, Tough said, "Geoff's in charge, there's a clear corporate hierarchy, everyone reports to the next person up, and there are consequences for not reaching your goals. That's harder to do when you're piecing something together from something that already exists." 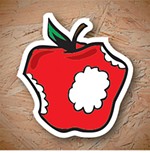