Formula One Moves on to Step Two 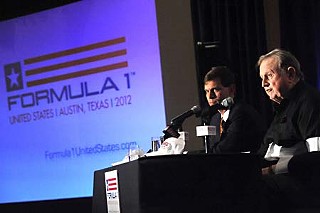 With the first U.S. Grand Prix in Austin penciled in for June 2012, Austinites already knew the when – now they know the where and the who. On July 27, Full Throttle Productions formally announced that the new dedicated Formula One track will be built in Southeast Austin and introduced its big backer – Billy Joe "Red" McCombs. 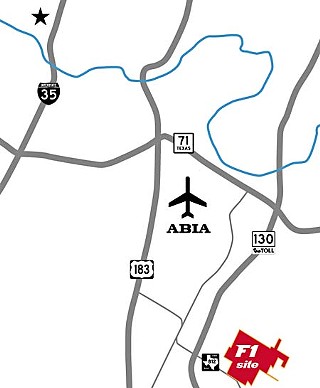 Probably best known locally as the donor behind UT's McCombs School of Business, McCombs started his career in auto sales but made his real fortune in oil and as co-founder of Clear Channel Communications. His sporting links go beyond having his name on the Darrell K. Royal-Texas Memorial Stadium's Red McCombs Red Zone Food Court; McCombs is also a former owner of the San Antonio Spurs, the Denver Nuggets, and the Minnesota Vikings. The move into F1 is arguably a sideways step. At the recent announcement, fresh off a phone call with Formula One Management President Bernie Ecclestone, McCombs said that he had set his fellow billionaire's mind at rest about the challenge of building a race-ready track within two years. McCombs said he told him, "Remember, you're talking about doing this in Texas."

Full Throttle managing partner and former professional race car driver Tavo Hellmund called McCombs his dream partner. "What makes it especially sweet," he said, is that "21 years ago, one of Mr. McCombs' car dealerships was my very first sponsor."

As for the location, Hellmund revealed that the group had secured a tract of land in Elroy, just east of State Highway 130 and south of Austin-Bergstrom International Airport. Stressing that there will be strong connections with the state universities, both men emphasized their hope that the facility will attract other sporting and nonsporting events – "I've already named it Speed City," McCombs joked – and become a technology center. Hellmund said: "In 10 to 12 years, people will not drive past this place and say, 'That's where the U.S. Grand Prix is held.' They'll say, 'There's that incredible research and development facility, and, oh, by the way, it's also home to the Formula One U.S. Grand Prix.'"

The state comptroller's office also provided clarification about potential state investment. Next year, the project and the city of Austin are scheduled to apply to the comptroller's office for access to the Major Events Trust Fund. The figure currently being discussed is $25 million; of this, $21 million will go to pay for the hosting fee paid to F1 and $4 million will go to the city of Austin to cover its costs, including public safety and infrastructure. The state calculates that the cost will be covered by increased sales taxes and that $25 million will be recycled through the fund every year until it is paid back in full through sales taxes in 2021.