Tweet
print
write a letter
Where's our walkable neighborhood? The corporate owner of Texas Monthly – which moved the magazine's offices into the new University Park (formerly East Avenue) project last August – is suing project developer Andy Sarwal and East Avenue IG LP for failing to meet the terms of their lease agreement. The site, on the former Concordia University campus along I-35 at 32nd Street, was supposed to be redeveloped into a $750 million mixed-use mecca with restaurants, a movie theatre, a luxury Hyatt Andaz hotel, a health club, a grocery store, and housing and amenities galore.

Instead, Texas Monthly sits all by its lonesome as the sole tenant in a see-through office building – the one structure that's arisen on an otherwise desolate site. TM President Elynn Russell confirmed that Emmis Publishing has filed suit because the promised benefits and amenities (including restaurants in the building) weren't completed by deadlines written into its contract, making Sarwal and his group liable for monthly rent-abatement payments.

Lenders Texas Capital Bank and U.S. Bank recently took back the eight-story office building and attached parking garage for $22 million at a foreclosure auction. The general contractor, Lyda Swinerton Builders Inc., earlier filed a $2.5 million lien against the building, Sarwal previously confirmed. In March, Sarwal sold the bulk of the undeveloped 10-acre site to Cypress Real Estate Advisors. He retained the office building and the hotel site; he has said his firm, Alexandrina Manage­ment, still plans to build more than 300 apartments.

Lehman Bros. provided the original financing on the land purchase; according to published reports, Cypress became the new lender ($39 million for the office building) after Lehman went bankrupt in 2008. 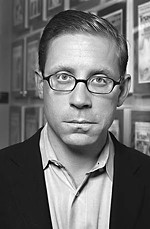