Powell supporters join in last attempts to spare his life 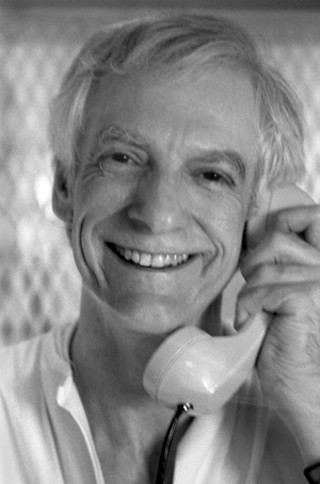 Almost certainly, barring an unanticipated act of official state mercy, David Lee Powell will be executed in Huntsville at 6pm on Tuesday, June 15. Powell was convicted in 1991 of the 1978 murder of Austin Police Officer Ralph Ablane­do. After spending 32 years on death row, he has exhausted all his conventional judicial appeals and must rely on a potential clemency recommendation to the governor from the Board of Pardons and Paroles – seven people appointed by Gov. Rick Perry.

In theory, clemency does not depend upon guilt or innocence, and the BPP members can consider any extrajudicial matter, including extenuating circumstances or rehabilitation, in making their recommendation. In practice, under rare legal examination, members of the board have said they review the files to confirm that the condemned inmate was indeed convicted and sentenced to death and that he or she has received all "due process of law" – and then recommend against clemency. Under the law, absent a board recommendation for clemency or commutation of sentence, the governor can grant only one 30-day reprieve. It is a process effectively designed to confirm executions while insulating the governor from accountability.

"The process is nonexistent and totally opaque," said Powell's attorney Richard Burr this week, although he said he has not given up on finding some way to save Powell. In addition to the clemency application currently under consideration by the BPP, on Tuesday Burr filed an appeal brief to the trial court. The appeal contests the jury's finding of Powell's "future dangerousness" – a necessary requirement of the death penalty in Texas. Burr says that finding has become "materially inaccurate" in light of Powell's three decades in prison with an exemplary record of behavior. In the next few days, the appeal will likely be considered by the state Court of Criminal Appeals, and potentially the U.S. Supreme Court, although the chances of a ruling favorable to Powell remain slim.

The 45-page clemency application (which also features numerous appendices) rests largely on abundant testimony of Powell's prison rehabilitation, with witnesses that include fellow inmates and correctional officers, as well as "free world" sources who have known Powell well over many years. The inmates describe Powell (sometimes called "Professor Powell") as a man who has gone out of his way to atone for his crime by teaching inmates to read, providing both personal and legal advice, and discouraging violence or conflict, testimony echoed by correctional officers, some of whom testified at Powell's 1999 resentencing trial. The inmate testimony is typified and summarized by Charles Thomp­son, who has known Powell since 2001 and describes his "personal, legal, spiritual, and intellectual" mentorship. "It would be a tremendous loss not only to prison society," said Thompson, "but to society as a whole, to take away a life that has touched so many lives."

The application also cites one juror, Gayle Windle, from the 1999 resentencing trial, who says she would not have voted for a death sentence if life without parole had been available as an alternative (the Legislature enacted LWOP in 2005). Windle says she believes other jurors might have concurred, and Burr says he is trying to contact all the jurors for additional testimony.

Finally, the application cites an anonymous Austin police officer who wrote to say that while he supports capital punishment and believes Powell deserved execution at the time of the murder, he does "not think that putting him to death today will serve any good purpose." The officer continues, "The man who will be put to death for the killing of Ralph Ablanedo is not the man who committed the crime. This David Powell is an elderly man who has shown what I believe to be true understanding and remorse for his crime. This is a man who, in my feeble view, would not be any type of menace to society today and is not, in even any small way, the guy who killed that cop 32 years ago. ... The David Lee Powell who sits on death row today is not the person who was sentenced to death, I fear."

If Powell is indeed executed next week, concluded Burr this week, "it will not only be sad for him and his family and the people who love him most dearly; it's a sad day for all of us. We lose some humanity if we can't find a way to spare David Powell. Even if we believe in the death penalty, it seems like there's got to be room for people to redeem themselves enough so that we don't kill them."

David Powell's attorney, Richard Burr, has submitted the following clemency application ("application for commutation") to the Texas Board of Pardons and Paroles, asking for their recommendation of a commutation of sentence for Powell. Without a recommendation from the BPP, the governor's only authority is for a one-time 30-day reprieve. 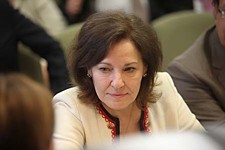