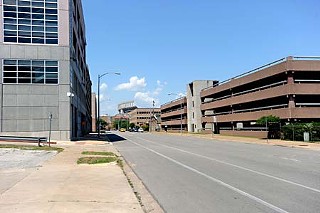 Do you see "a revitalized live-work-play district, centered on a major transit corridor"? You'll need to look harder if you're on San Jacinto Boulevard. (Photo by John Anderson)

Under a concept being explored by the Texas Facilities Commission, the dullest swath of Downtown Austin – the state Capit­ol complex – could become a whole new urban district. TFC staff – since Decem­ber under the executive directorship of former Austin state Rep. Terry Keel – is considering a long-term, statewide "asset management strategy" that could include partnering with the private sector to redevelop the Capitol complex. The proposal could consolidate state offices currently in leased space across Travis County into new development on the Capitol complex's 122 state-owned acres.

If the state indeed redevelops the Capitol complex as a complete live-work-play neighborhood – a big "if" under the current proposal – it could realize goals for the surrounding district in the Downtown Austin Plan. Today a bleak government monoculture of office buildings and parking garages – with nary a coffee shop or strolling human being – the complex long has been a "black hole" in Austin's urban fabric, as architect and urban designer Sinclair Black has dubbed it. "For years now, we've been talking about the need to bring some new life to that area, especially north and east of the Capitol," said Council Member Chris Riley. "It seems like such an opportunity now, to partner with the state and encourage their action to make those areas available for redevelopment."

Under former Executive Director Edward Johnson, the Facilities Commission (responsible for all state properties and office space, leased and owned) had focused more on creating a new state campus, of 200-300 acres, along the SH 130 corridor. (See "The State Eyes an Eastern Campus," May 15, 2009.) But Keel has signaled a new direction, focused on Downtown.

The city's draft Downtown Austin Plan states four top goals for the Uptown/Capitol District. The first: "Promote a broader diversity of uses beyond office to contribute to a more vibrant mixed-use district." Current TFC staff say they share that goal, but so far have supported it with little or no detail. (Johnson and former top staffer Thomas Forrest both had espoused a New Urbanist vision for the complex and for a new SH 130 campus. But Johnson resigned in September, Keel was selected over interim Executive Director For­rest to replace him, and Keel then dismissed Forrest and three other key staffers – for unclear reasons, Forrest said – in putting his own stamp on the agency.)

Massing studies recently presented by TFC illustrate the scale of redevelopment potential, said TFC staffer Aundre Dukes. They show millions of square feet of space (potentially office, condos, hotel, retail, and other uses) packed into new high-rise towers. A recent TFC staff briefing to the commissioners focused on the long-term economic benefits of moving up to one-third of state offices from leased space (the state spends more than $42 million annually to lease about 3 million square feet in Travis County) to the Capitol complex, most likely into new buildings developed with or by the private sector.

"To make it a true urban area is a fantastic opportunity," observed Black. "But it can't just be an office district if it's going to be truly part of the city. It has to be mixed-use, a diverse and integrated district, with a serious amount of housing and retail and perhaps some public institutions."

The DAP's second goal: "Encourage the redevelopment of underutilized properties and parking garages along the Lavaca/Guad­a­lupe and San Jacinto/Trinity Street transit corridors." Both of those corridors eventually would get rail transit, according to a long-term map developed for the proposed Austin Urban Rail project. But which corridor should get rail first has been a topic of community concern, as has the lack of a partnership agreement between the city and state defining how new transit-oriented redevelopment would transform the San Jacinto corridor into a lively people place – as it was historically, Riley noted.

"We all share that common goal for rail transit to ultimately serve the Capitol complex," said Dukes. "We are serious about coordinating our efforts with the city to create compatible development patterns." He said the state would not take on debt to finance redevelopment, leaving that to its private development partners: "We're looking at this from the perspective of creating long-term revenue sources that allow the state to participate in the growth and value of its assets."

City Council Member Sheryl Cole, who has had several recent meetings with Keel and his staff, expressed optimism about crafting such a partnership. "I am extremely happy that the Texas Facilities Commission has gone in this direction – to create a denser campus Downtown, in the Capitol com­plex, rather than out on SH 130," she said. "It creates a wonderful opportunity for us, at the city of Austin, to become partners with them in improving Austin, as the capital for all Texans."

Jim Robertson, in the city's urban design division, foresaw the future need for a city interdepartmental team to assist the state with issues ranging from watershed protection to urban design guidelines. The city's Public Works and Transportation depart­ments would be critical in realizing the Downtown Austin Plan's fourth district-specific goal: "Enhance streets to be more pedestrian and bicycle-friendly, and to create stronger linkages with other parts of the downtown and UT."

"The state recognizes that the city of Aus­tin has learned important lessons in developing successful public-private partnerships on publicly owned land, and they've asked us for our help," Cole said. "The city has invested a lot in urban planning and in defining the city's vision for that area – with the Waller Creek District Master Plan, the Austin Urban Rail Plan, and the Downtown Austin Plan."

"All of those plans will need sound financial planning, and financial partners, to be realized," she emphasized. "Now we have a wonderful opportunity to work with the Texas Facilities Commission and bring all of our partners together to support one unified plan for a revitalized live-work-play district, centered on a major transit corridor."

So far, commissioners have merely given TFC staff a green light to continue developing a program and policy for long-term asset management. Ultimately, a Capitol complex redevelopment would need to win authorization, political support, and possibly budget appropriations from commissioners, the Governor's Office, and the Legislature. 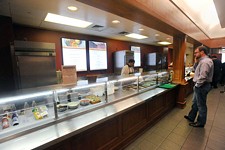 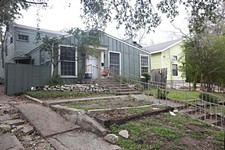 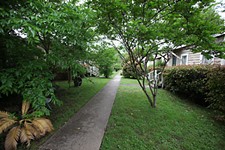