Recycled Dreams: Three MRFs and a Phantom in the Wings

The council considers recycling proposals, with one offer off the table 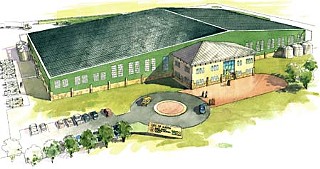 Last week, City Council received presentations from three finalists proposing to build Austin its own materials recovery facility, a center for sorting and expediting recyclables. But, as in all the previous steps in the belabored journey toward a MRF, there were nagging questions about how the city got to its present situation.

Austin's current recycling contract with Greenstar North America, signed in 2008, has been widely pilloried, and with reason: Initially pitched as a way to earn money, it has instead cost the city. And with no MRF in Austin, Greenstar trucks the city's recyclables to San Antonio, directly lessening the environmental benefit of recycling. In late March, council members rejected a contract extension with Greenstar to instead allow time to evaluate seven MRF proposals and interview applicants. At its May 13 meeting, council received 20-minute presentations from the three "top offerors" in the eyes of city staff: Allied Waste Services of Austin and Waste Management Recycle America, both offering public/private partnerships, and Balcones Resources, offering a privately held solution.

The road to the presentations was not ­easily traveled. In late January, the city's purchas­ing officer informed council that two potential applicants, Greenstar and Texas Disposal Systems, were both out of the running for contacting the city while the proposals were being vetted, a violation of anti-lobbying rules (see "Muffing the MRF," Feb. 5). Ultimately, Greenstar was allowed back in the running; TDS, however, skipped the proposal process, making an end-run offer to provide MRF services as an addendum to separate services they already offer the city (see "City Hall Hustle," March 26), an offer the city legal department ultimately deemed unacceptable.

With that tortured legal history in mind, Balcones Resources CEO Kerry Getter said it felt great to address the council "after so many weeks of silence," drawing some muffled chuckles. Far more than just a dusty industrial warehouse, Balcon­es, like its fellow applicants, proposed a sleek, energy-efficient, high tech center. Promising to deliver "a world-class facility, on time and on budget, by Septem­ber 2011," the Austin-based firm proposed a slender, LEED Silver-certified building, complete with rainwater harvesting systems and electric vehicle charging stations. And the city could buy the center outright in the future. As to finances, Getter said, "We will pay the city 94 percent the actual sales price of the materials that are recycled," and promised 35 green jobs within the first year at a living wage, with health insurance. Recyclables could be hauled away on Balcones' "recycling train," rail cars the firm owns, which they tout as a low-carbon solution to trucking recyclables away.

Waste Management Recycle America, an arm of Hous­ton-based nationwide company Waste Manage­ment, upped the LEED ante to Gold with its "green village" MRF, also with rainwater harvesting and solar panels that would provide 15% of the site's electricity. The company also proposes creating a separate "transfer station" so Williamson County could also process its materials – ultimately including compost – through the city's MRF, along with MRF space dedicated to recycling small appliances and computers. WMRA also estimated some 70 permanent "green collar" positions. The proposal featured two financing offers: a solely public financing option, and a public/private partnership, through which, with the city investing nearly $20 million to WMRA's $13 million, the city would own the entire property after 10 years. The center could be ready for the city's single-stream recyclables by October 2011.

Allied Waste, recently merged with Repub­lic Services, offered to build its MRF at no cost to the city, in exchange for a processing fee of $60 per ton, while rebating to the city 80% of proceeds. AW promised the city a LEED Silver-certified, eco-friendly building with an on-site community education center – possibly integrated with green jobs training – with a $50,000 annual education and community outreach budget. While the MRF wouldn't be ready until fall 2011, the company offered to accept the city's entire stream by 2010, using the city's Solid Waste Service facilities at Todd Lane. Its MRF plans represented a business shift, said AW municipal marketing manager Steve Shannon, "from one based partially on recycling to one based primarily on recycling."

Despite the impressive presentations, council still obviously bristled at the city legal department's restriction that keeps Texas Disposal Systems' generous offer off the table. TDS had offered to take the city's stream immediately, at no cost, and give the city 100% of recyclable sales until that totaled a year's operating cost, then splitting the spoils 50/50. Mayor Pro Tem Mike Mar­tinez asked whether the TDS proposal could be measured against the three proposals; city attorney Cary Grace, citing "a good bit of litigation" in contract disputes, said that "once you pick [a] process, you have to follow all your rules." Mayor Lee Leffingwell then noted "it would be interesting to compare, side by side" the proposals, even knowing one proposal was inadmissible. When Grace said that would be "inappropriate" based upon applicants' expectations, Leffingwell pressed her, asking, "Would you like to think about it further?" Grace ultimately relented, saying a separate proposal "could certainly be discussed" as long as it wasn't in the running.

Debatable legal interpretations or not, council is on an expedited timeline to name a MRF operator. Howard Lazarus, acting Assistant City Manager over Solid Waste Services, said staff will continue to evaluate the proposals and make a request to negotiate with the top-rated firm June 10, then make a recommendation to council August 5.