Tweet
print
write a letter
We continue coverage this week of the upcoming May 8 elections – which will determine who sits on the boards of trustees for the Austin Independent School District and Austin Community College – with a rundown of the AISD candidates. For last week's reporting on the ACC races, see "ACC Board Elections: Meet the Candidates," April 15, and for ongoing coverage, visit austinchronicle.com/elections. Early voting runs April 26 through May 4.

Every two years, AISD voters select trustees for four-year terms – that is, if there are any choices to be made. In 2008, only one of the four available seats was contested. In a mild improvement, this year three of the five seats on the ballot actually have competitive races. Of those without challengers, Vice President Vince Torres (District 4, Northwest) will return for his second term, while Cheryl Bradley (District 1, East), entering her third term, becomes the longest currently sitting member of the board. However, incumbents in two districts do face challengers, while a vacant at-large seat sees one of the most crowded races Austin voters have considered in recent years.

District 6 (South): The Secretary and the Security Guard

Since becoming the trustee for South Aus­tin in 2006, Lori Moya has become the board's rules maven. Like Torres, she received her initiation into districtwide concerns on the 2004 bond advisory committee, and she currently serves both as AISD board secretary and on the board of directors of the Texas Association of School Boards. She's running this time on an agenda of giving the board more tools to monitor student success without having to wait for annual state and federal reports. Her opponent, Glen P. Mayes II, owns his own security firm and works with Travis County juvenile correc­tions, and he has portrayed himself as an alternative to the establishment: A libertarian, he's an advocate for charter schools and extra emphasis on incentive pay.

District 7 (Southwest): The Old Guard and the Seasoned Challenger

If retired engineer Robert Schneider makes it to May 9 still representing South­west Austin, he'll match Bradley as a three-term trustee. With forecasts for falling property tax receipts and reduced state aid, plus several schools facing possible repurposing, he said, "I think this is an environment that's going to take some experience." As for the suggestion that his district is AISD's most affluent and least troubled, he countered that it's in fact "a microcosm" of the district, with crippling overcrowding due to rapid development. Critics have sometimes accused Schneid­er of being more interested in District 7 than in AISD-wide concerns, but this time he's got a tough challenge in the form of Warren Faulkner, who is running to bring an educator's voice to board decisions. A teacher for five years and an administrator for another 24, he decided to challenge Schneider rather than run for the at-large seat because of his connection to the district. "I've lived in Place 7 since 1980," he said, "and the two schools I've worked at for the last 18 years are in Place 7." With many schools either massively over or under capacity, Faulkner wants to bring his experience of the bloody local battles over the attendance zones for the new Southwest elementary and, prior to that, Gorzycki Middle School, which opened this year. Because of decisions the board as a whole made, "Southwest Austin is fractured," he said. 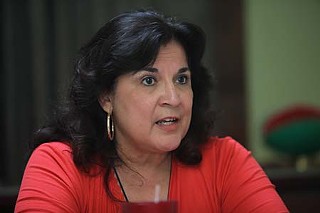 In a blow to the board, highly respected at-large trustee Karen Dulaney Smith is stepping down after only one term. Her empty seat has attracted five contenders, two of whom originally filed for different races. Apple Inc. technician Mike Reed originally filed against Torres, while AT&T legislative affairs manager Cassandra Enoch Brown challenged Bradley. However, both had to switch seats when the district found they did not meet residency qualifications for those particular seats. Brown said that doesn't change her candidacy, which centers on emphasizing teaching the fundamentals. AISD students, she said, "are the future leaders of America, and if they don't get a good education, woe to us." However, switching races has left both her and Reed in a race crowded with opponents with heavy political support. 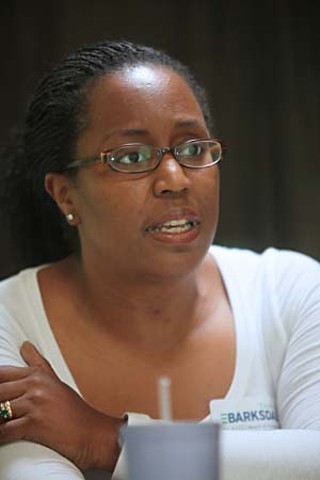 The first major name to declare for Position 9 was Dianne T. Mendoza, Capital Metro's vice president of business and community development. A resident in District 2 (the seat currently held by Sam Guzman), she's been with the transit agency since 1999. However, she's running on a combination of a history of community involvement, her position as a former chair of the Greater Austin Hispanic Chamber of Commerce, and her doctorate in curriculum and instructional development. As "a Hispanic woman who has had some measure of success," she describes herself as an example of and an advocate for the benefits of diversity. "For me it's about coming in to the governing body with a very holistic approach," she said. "It's not just about a particular area; it's about the district as a whole."

Soon after declaring her candidacy, Men­doza faced a strong challenge from Tamala Barksdale. Director of marketing for public relations firm EnviroMedia Social Marketing, Barksdale and her husband have recently sent their daughter to New York University, where she is now a presidential scholar. "AISD did a great job for her," Barksdale said, "but it doesn't do it for all students yet." She's seen the best and worst schools in the district and has been, she admitted, "The mad mom in pajamas, charging into school with something to say." But it's less her passion and more her professional experience that has attracted major support, including that of teacher and staff union Education Austin and the Austin Central Labor Council. They see her as the ideal candidate to bridge the often troubling gap between district, city, and county, especially with an increased policy emphasis on collaborative projects like the Promise Neighborhoods Initiative. Currently, Barksdale said, "The district is the 800-pound gorilla that doesn't really put its weight around." She described the at-large seat as particularly important in creating a unified voice, saying "the Place 9 person should be a mediator." 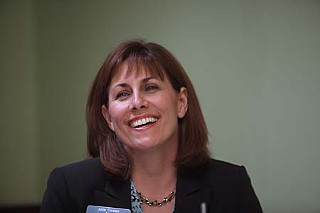 The dark horse in this race is arguably the one with the greatest amount of district experience, and that's Julie Cowan. Her résumé includes terms as PTA president at Doss Elemen­tary, Murchison Middle School, and Anderson High. Districtwide, in 2008 she served on both the bond advisory committee and the budget task force, and she currently sits on the English-Language Arts Textbook Adoption Committee. "What I think the board is lacking at the moment is someone who has the time to be out there and be the face of the district, showing its positive side," she said. That includes tackling the Legislature on the paucity of state funding. "The one thing that [former Superintendent Pat] Forgione chose not to pursue, or it was not his forte, was his relationship with our legislative delegation," she said. While she expects current Superin­tendent Meria Carstarphen will do a better job, she argued that the board must make the case for changing the Robin Hood school finance recapture laws. "Our school district needs that $170 million. Our demographics have changed too much in the last decade to give that money away."