That's the word from Drug Enforcement Agency agent Gregory Thrash, who addressed the city's Public Safety Commission April 5. He said the HIDTA designation (which he said has been approved by the White House Office of National Drug Control Policy but has not yet been funded) will bring resources to the county and will help law enforcement agencies work together better to combat drug trafficking. Austin is a so-called "tier two" city for the drug trade, meaning in part that because it sits along the I-35 corridor, it has developed as a "command and control center" for the four main Mexican cartels (La Familia, the Gulf Cartel, Sinaloa, and Los Zetas) that move drugs through Texas and to other states. There are "decisions being made here" about drug transportation and distribution, Thrash told the commission, and the "area is being used as a transit port" for moving drugs to the northern part of the country.

Thrash was among a panel of witnesses called before the commission to discuss how drug trafficking issues in Mexico are affecting or may affect Austin. Notably, no one had any particular evidence that Austin would be seeing more violence as a result of the increase in violence in Mexico over the last decade – though commission member Mike Levy pressed the representatives from the DEA, FBI, and Texas Department of Public Safety to try to give some sense of what they believe the future will hold for the city and state. None took the bait. (Though during his presentation, Thrash did take the opportunity to touch on the issue of drug legalization. Not surprisingly, he doesn't think it's such a great idea. The reason? The DEA wouldn't be able to effectively regulate the business, he says. Currently the DEA is in charge not only of drug-law enforcement but also of regulating the prescription drug industry. More people die every year from the improper use of those drugs than from all other illegal drugs combined. In other words, the DEA is in charge of regulating an "industry that kills people" every day. If that's the case, "how could we even think we could regulate cocaine, heroin, and methamphetamine?" he asked.)

But both FBI agent Royce Curtin and Tom Ruocco of DPS said that communication among law enforcement agencies in the area is good – and, said Ruocco, the addition of a local Austin Regional Intelligence Center (aka "fusion center") would be an asset to getting information needed to detect if there is an increase in local drug trafficking activity. Getting involved in the fusion center is "proactive on the city's part," said Ruocco. When there are trends "coming forward," the city will be in a "better position to react."

The creation of the center, a clearinghouse of sorts that would allow local law enforcement agencies and those in surrounding counties to gather and share intelligence, has been fairly controversial and has caused many, including the ACLU of Texas, to raise concerns about privacy issues. So far, it would seem those concerns have not fazed the city, which is going forward with its creation. (Austin Police Chief of Staff David Carter said council will be presented with a proposed interlocal agreement in late May that, if signed by the city, would establish the ARIC.)

A call to the National Drug Control Policy Office regarding the designation of Austin as an HIDTA was not immediately returned. Gener­al­ly, HIDTAs are designated in areas with "serious drug trafficking problems," according to the national office, and provide "additional federal resources to those areas to help eliminate or reduce drug trafficking and its harmful consequences." There are currently HIDTA designations in 45 states; in 2008, the HIDTA program provided $230 million in support to law enforcement, and the office has requested a decrease to $200 million for the 2009 fiscal year. 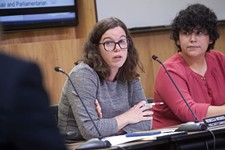 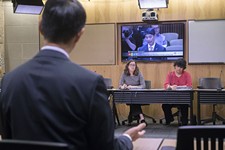