It wasn't gender discrimination, says Fire Department – it was hazing 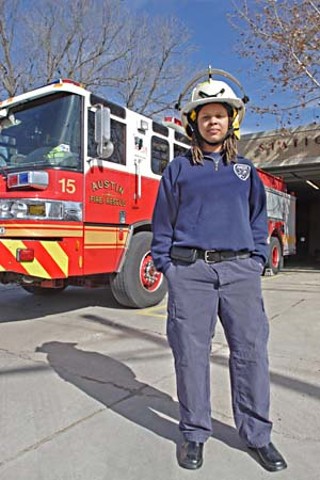 To hear the city of Austin's lawyer tell it, the "harassment" that firefighter Nona Allen says she suffered as a probationary officer with the Austin Fire Department was (take your pick): 1) simple miscommunication; 2) griping by a woman who simply isn't interested in being a real firefighter; or 3) nothing more than "hazing" – and, as far as the city is concerned, a completely appropriate way to treat new AFD employees.

Allen's discrimination suit against the city, filed in the fall of 2008, finally went to trial last week in state civil district court. The seven-woman, five-man jury heard four days of testimony and, on Monday, March 29, after an hour's worth of closing arguments, took the case to the jury room for what stretched into two days of deliberations. Ultimately the jurors decided, 10 to two, in favor of the city.

Allen graduated from the academy and began serving as a "probie" (probationary) firefighter in February 2007 at station No. 15 on Airport Boulevard in East Austin, the only female firefighter at one of the city's busiest stations. She immediately saw that the facilities there for men and women were unequal. The men had a large locker room with furniture and books and games; Allen was given access to a restroom and a roughly 9½-square-foot room, the only adornment of which was a row of lockers. Still, Allen was the first woman assigned to the station in at least six years, and at first thought nothing of the difference in accommodations – until she tried to have a desk and chair placed in the room. She needed a place to sit down after responding to calls and to study for the qualifying exams for a permanent firefighter position. Repeatedly, she would put the desk and chair in the room during her shift, and they would be removed by firefighters on other shifts; occasionally she returned to the station for work (firefighters work 24 hours on duty followed by 48 hours off) to find the desk piled with several hundred pounds of weights. She complained to supervisors, but it did no good. Instead of help, she received notice that the administration had ordered that no furniture be allowed in the room at all.

When Allen got no relief from the department's administration, she filed suit, arguing in court last week that she suffered harassment based on her gender. The city argued that is simply not true. In closing arguments before the jury, Assistant City Attorney Chris Edwards said Allen never specifically alleged that she was harassed based on gender – based on the specific language Allen used in her complaints to supervisors. And Edwards argued that what Allen had to deal with at the station was nothing more than the firefighter equivalent of hazing, known as "worming." Worming, she said, is commonplace everywhere. "It happens," she told the jury. "You all do it," even if it isn't referred to as worming, "in your workplace."

It is an interesting argument – if not a rather disturbing one. Under Texas law, in the context of educational institutions, hazing by individuals or organizations is illegal. The state law is primarily designed to combat dangerous hazing behavior by student fraternal organizations, but the city seems to be arguing that the behavior is nonetheless perfectly acceptable in an employment setting. Indeed, in response to a question from the jury regarding whether worming is "acceptable" – read by Judge Orlinda Naranjo to former AFD interim-Chief Jim Evans (who retired from the department earlier this year) – Evans testified that "to a certain level" it is actually a "part of the culture" of the department and is part of how new firefighters are "assimilated" into the group. "The culture of the fire department," said Evans, "is unique."

When asked, after the verdict was announced Wednesday, how Allen took the news, her attorney Derek Howard said, "She seemed to be rather philosophical about it, but she looked rather devastated." Losing a case like this, he said, "It's not something that just goes away." 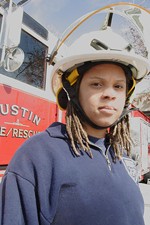 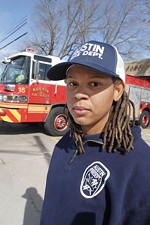