Gómez won the election but lost her progressive base 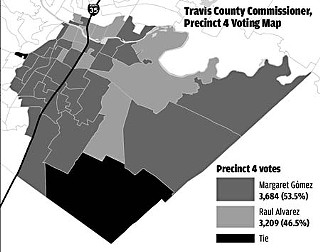 As the primary returns dribbled in last Tuesday night, Travis County Commissioner Margaret Gómez slowly watched the disintegration of her 15-year stronghold of key voting boxes in South Central Austin – progressive communities representing some of the city's strongest voting blocs. But she nevertheless fended off opponent Raul Alvarez for the Precinct 4 seat by capturing large voting swaths east of I-35, where she historically had suffered lackluster support.

That Alvarez was able to skim off Gómez's support in the politically influential neighborhoods of Travis Heights and Bouldin Creek – where Gómez grew up and resided until about a year ago – demonstrated that voters who ordinarily are able to make or break elections were ready for new representation on the Commissioners Court. With nearly 7,000 ballots cast – double the number who turned out in 2006 – Gómez managed to retain her seat by 475 votes.

The high turnout in a typically low-turnout primary took even the most seasoned political players by surprise. Speaking to the Chronicle early on election night, Gómez assumed that the turnout that evening had been light. Alvarez, a former two-term Austin City Council member, said he expected a greater turnout this year, yet he had anticipated fewer than 5,000 votes.

Mike Blizzard, an Alvarez supporter who previously advised him in his two successful City Council runs, says the higher-than-usual turnout could be attributed to a couple of factors. "Some of these new voters were probably coming out to vote for Raul, but many of them may have been voting because of the barrage of TV advertising telling them, 'Hey, there's an election!'" While those voters may not have been receiving campaign mailers or phone calls from either candidate, he said, Gómez, as the female incumbent with higher name ID, may have benefited from their trip to the polls. Because Alvarez fared better on election day than he did in early voting, Blizzard added, it's possible Alvarez could have fared better had he communicated with voters early on.

Alvarez's slow start likely hurt him in the end. While the election results in progressive neighborhoods reflected an "erosion of power" on the part of the incumbent, Alvarez wasn't able to capitalize on that attrition. "I thought there would be some erosion in Margaret's base," said political consultant David Butts, who supported Gómez. "Had Raul been more aggressive at the beginning, he might have been able to pull it off."

Then again, Butts noted, Gómez, as a full-time commissioner, was in a better position to be a full-time campaigner, while Alvarez had the additional challenge of juggling his campaign and a full-time position at Austin Independent School District. Alvarez launched his bid last fall, allowing only a four-to-five-month window to mount an aggressive attack that, by his own admission, lost considerable momentum during the holidays. He did, however, manage to raise about $60,000 in four months. The campaign pulled out all stops in the final four days before the primary, knocking on hundreds of doors from morning to night.

The two candidates tied in two southeast Travis County precincts and, while Alvarez won support in transitioning Latino neighborhoods east of I-35, Gómez took the greater share of Hispanic precincts and performed better in the eastern fringes of the precinct. Gómez says she now makes her home in southeast Travis County, having moved there within the last year from the Bouldin Creek neighborhood that she grew up in – and that she ultimately lost to Alvarez.

Throughout the campaign, Gómez weathered hits for her rather muted style of leadership on both the Commissioners Court and the Capital Metro board where she served, most recently as chair, until the end of last year. Do people underestimate the commissioner? "Yes," she says flatly. "I think they underestimate my understanding of the issues, and they underestimate my connection with people." Gómez says she too often finds herself in catch-22 situations. "People say I'm not aggressive, but when I am aggressive on certain things, people look at me and say, 'What happened to nice Margaret?'"

In any case, voters won't likely have Gómez to kick around in four years. She says this term will be her last. Recognizing her newly acquired lame-duck status, Gómez hastens to add: "I certainly don't want to act like a lame duck." 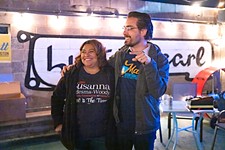 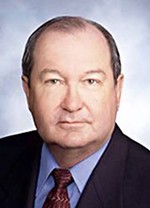 Then There's This: County Folds on Tax Fight
Commissioners kick can down the road – opt to 'study' appraisal system