The State Commission on Judicial Conduct dismisses complaint against judge

The State Commission on Judicial Conduct has dismissed a complaint made by former Austin state Rep. Glen Maxey against 3rd Court of Appeals Judge Jan Patterson, who he argued had misrepresented herself and misused her position in connection with a bid to get Gov. Rick Perry to appoint her to an open Travis County judgeship. An additional complaint by Maxey, related to Patterson's campaign activities, remains pending.

To recap: Last fall, the Chronicle reported that Patterson, a veteran jurist on the appeals court, had sought Perry's appointment to the 353rd District Court bench, which had been vacated by the untimely death of Judge Scott Ozmun – which would have given her the benefits of incumbency and a fundraising advantage in this year's race. When Patterson insisted that she had been approached by Perry's office to apply for the job, Perry's spokesman Chris Cut­rone denied it. (Patterson had already decided to step down from her seat on the appeals court at the end of her term this year; she ran in the Dem primary for Travis County's 201st bench, losing last week to Austin civil attorney Amy Clark Meachum.) 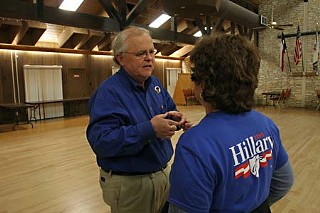 In a confidential letter sent to Maxey Feb. 18 (the Chronicle received a copy late last week), SCJC Executive Director Seana Willing wrote that although the commission appreciates "the concerns raised" about whether Patterson had misrepresented her interactions with Perry's office or had tried to "trade public office for personal gain," the complaint was being dismissed. After conducting a "thorough investigation into the allegations," Willing wrote, the commission determined that "one or more individuals close to Governor Perry, and purporting to act on his behalf, did approach the judge and attempt to persuade her to seek" appointment to Ozmun's vacated seat. Moreover, she wrote, there was "no evidence" that Patterson sought to trade her seat on the 3rd Court for "personal gain."

Asked for a comment, Patterson said the Chronicle had been "advised" of the dismissal when it occurred – according to Willing's letter, Feb. 18 – but Chronicle reporters only learned informally of the dismissal on election night, March 2, and received a copy of the confidential letter March 5. Patterson declined to make any further comment.

As for the mysterious "individuals close to Governor Perry," they are not identified in Willing's letter, and it's not clear who they might be. As of Tuesday evening, Perry's office had not responded to requests for comment.

In an e-mail, Maxey said the commission couldn't "see the forest for the trees" – as he sees it, in exchange for the appointment, Patterson would have been handing Perry Republican control of the influential 3rd Court, which decides all cases concerning state agencies as well as ethics complaints about state officials. Maxey said he won't appeal the case because he doesn't think he'd get a different result. And last week's election, he said, makes this complaint a "moot point."

Still, another complaint filed by Maxey, concerning Patterson's campaign conduct – including that she misleadingly listed as supporters of her candidacy numerous persons who had specifically asked her to take them off her supporters list and had counted at least one deceased person, former Austin Mayor Roy Butler, among supporters – remains pending. Maxey has also asked that the commission recuse itself from the investigation (as he did with the previous complaint), because Patterson is its vice chair. It "will be interesting" to see how "they deal with it," he wrote in his e-mail.

The letter from Seana Willing of the State Commission on Judicial Conduct is posted here. 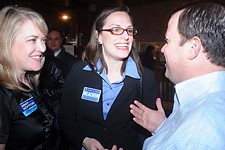 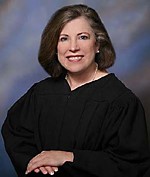