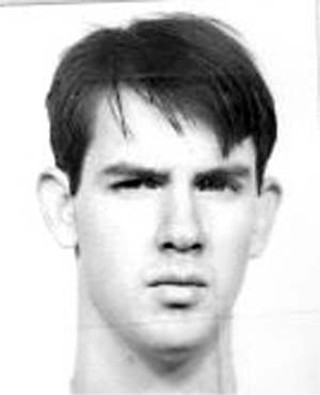 The Texas Court of Criminal Appeals has sent back to district court the death row case of Charles Dean Hood, opining that Hood is due a new punishment hearing because his original jury was not able to adequately consider mitigating evidence that might have spared his life. Meanwhile, the larger question of whether Hood deserves a brand new trial remains unanswered.

Hood was convicted and sentenced to die in 1990 for the fatal shootings of Ronald Williamson and Tracie Lynn Wallace, a couple with whom he lived in Plano. Hood said he was not responsible for the murders, though plenty of evidence connected him to the scene of the crime.

Although the CCA had previously denied his requests for a new sentencing hearing, the court ruled on Feb. 24 that the "sentencing scheme" employed by the trial court had "precluded the jury from giving full consideration and effect to [Hood's] mitigating evidence," Judge Cathy Cochran wrote for the majority. During his trial, argues Cochran, the state put on "significant evidence" that Hood remained a threat to society, fulfilling one of the sentencing criteria leading to a death sentence rather than life in prison. But his defenders, she notes, have argued that he was never allowed to present fully evidence that might mitigate a death sentence, including that injuries he sustained at 3 years old – when a truck backed over him – led to significant behavioral changes, that he had learning and cognitive impairments, and that he was severely beaten as a child (including with a metal pipe). Had the jury been able to consider these elements, Hood has argued, they might have imposed life instead of death.

Ultimately the CCA has agreed, though the decision was not without a stiff dissent written by Judge Michael Keasler – and joined by Judges Barbara Hervey and Sharon Keller – arguing that Hood could have raised this claim previously but had not, meaning he was not entitled to have it considered now. Even though the state of the law was still in flux at the time of a previous appeal, that was no reason that Hood could not have raised the mitigating evidence issue, argues Keasler. The question is "whether a claim is colorable [sufficent for appeal] to the required degree," not "whether we currently recognize it as controlling law in Texas," Keasler wrote.

What still remains to be answered is whether Hood should receive a brand new trial in his case – a question pending in an application before the U.S. Supreme Court. At issue is whether Hood's right to due process was violated by the fact that the judge sitting over his trial, former CCA Judge Verla Sue Holland, had been engaged in a long-time intimate sexual relationship with Hood's prosecutor, Thomas O'Connell Jr. This, Hood's defenders allege, is a clear conflict of interest and should require that Hood receive a new trial. Holland and O'Connell finally admitted the affair after being forced to testify about it when being deposed in 2008. The CCA rejected Hood's request for a new trial, concluding that he had waited too long to raise that claim – even though Holland and O'Connell had kept the affair secret for years, making it difficult, at best, for Hood to get the proof he would have needed to bring the claim to the appeals court. Hood has petitioned the Supreme Court for review; the court has not yet responded to the request.

Meanwhile, however, 21 former judges and prosecutors (including former FBI Director William Sessions and former Texas prosecutor Sam Millsap) and 30 legal ethicists have filed briefs with the Supremes in support of Hood's claim. "While [the CCA's recent] decision recognized a clear flaw in the punishment phase of Mr. Hood's case, it should not distract the courts or the public from the more troubling issue at the center of this case: that the judge and prosecutor admitted under oath that they had a long-term ... relationship prior to [Hood's] trial, and that they intentionally kept this affair hidden for 20 years," said Andrea Keilen, executive director of the Texas Defender Service, which represents Hood. "This case requires Supreme Court intervention because the Texas [CCA] to date has ignored this obvious and outrageous constitutional violation. Mr. Hood is entitled to an entirely new trial before an impartial judge and prosecutor. Today's decision granting him a new punishment phase hearing does nothing to address or correct this egregious legal and ethical violation." 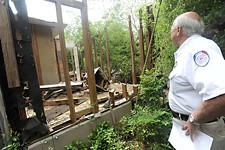