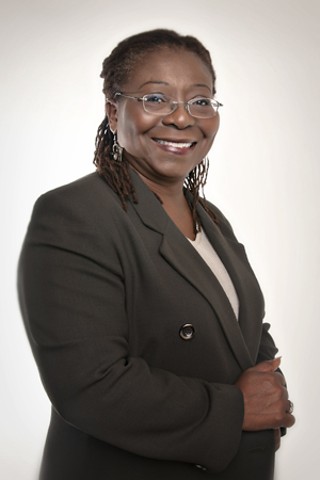 Travis County's five justices of the peace oversee, essentially, the "people's courts" – they consider, for example, lawsuits involving less than $10,000, property disputes, and car accidents; they consider mental health commitments and handle juvenile truancy cases. This year's primaries include four contested JP races. Here's a brief report on each of the candidates:

This is the most high-profile of the three JP races on the Democratic ballot – Williams and Bradford are two of the most charming and engaging candidates running for any office in this primary season – they are both quick-witted, good humored, and passionate about their work and connections to East Austin.

Bradford is a young and energetic lawyer with his eye set on modernizing the way the JP office is run, making it more accessible and responsive to the community. He cut his teeth as the youngest lawyer to sit on the AG's opinion committee* – and is currently the open government guru for the Travis County Attorney's Office. He says one of his main goals as JP would be to drag the office into the 21st century: He would like to build an interactive website that would actually allow individuals to file cases and pay fines online. (Currently the office has no Web presence.)

Williams, on the other hand, brings several decades of legal experience to the race – she's worked as a civil rights attorney, as a hearing examiner on workers' compensation cases, and as an associate municipal court judge – and says that as JP she would like to focus on handling truancy cases. Precinct 1 has the county's most daunting truancy problem, and Williams says she'd like to expand the use of community service and mediation to handle truancy as well as other criminal issues involving juveniles.

Acevedo is no stranger in Travis County Dem circles: He ran unsuccessfully for the Texas House in 2002 and last year for Travis County Dem Party chair. Although the law does not require that a JP be a lawyer, it is worth noting that Acevedo has no official legal training. He says that shouldn't be an issue; most JPs in the state are not lawyers, and he says that his military training, years in the business world, and strong ties to the community are exactly the kind of experience a people's judge needs to do the job well.

Crump has significant experience in alternative dispute resolution. While in law school, she worked at the Bexar County DA office, working with witnesses and on trial preparation.+ She notes that Precinct 2 has a tremendous backlog of cases and a large number of eviction cases to deal with, and she says she'd like to make mediation a big part of the precinct's work and to explore bringing young lawyers in as volunteer mediators to work with people who might not otherwise be able to afford those services. Because of its geography – a North Austin precinct straddling both sides of I-35 – the area has a large number of traffic cases; Crump says she'd like to use the office's budget for a visiting judge to help the court move more quickly and efficiently through the large caseload.

Evans has been a lawyer since 1971 and the Precinct 5 JP for more than a decade. This precinct includes the city center and the county courthouse and, as such, has a far heavier civil caseload than the other precincts – including all small claims suits filed by the city, by the state, and by any number of attorneys. Add to it that the JP in this office is often called upon by the county sheriff's office (and other local law enforcement agencies) to consider and sign off on arrest warrants, and it becomes clear that legal experience matters in this job, says Evans. "It's pretty important that somebody know what they're doing," he says. "In an urban county, the job really needs a lawyer."

That isn't necessarily the case, says real estate broker Glasheen. The job doesn't require a law degree, because it is a job of the people, he says. "It's about the people that come there and the people that work there." Glasheen says among the important work the JP does is the handling of truancy cases, which he believes are crucial: If you can get a handle on issues at this level, he says, you can avert children from larger criminal problems in the future. Glasheen also notes that while he has no specific complaints about how Evans has done his job, he does believe that changing out the guard is good for democracy. "It's good for government to have some fresh air."

These two are facing off in the primary to run against Dem incumbent Susan Steeg in November. Barré is a civil attorney who says on his campaign website that he's counting on conservative support – including from "Tea Party Patriots and 9/12 groups" – to help him wage his battle for this seat. His goal, according to his site, is to "rejuvenate basic American values such as Freedom, Personal Responsibility, Justice, Courage, and Faith." He faces Connor, an assistant state attorney general who has run two previously unsuccessful campaigns: as a Republican against District Judge Charlie Baird and as a Democrat against deceased Civil District Judge Scott Ozmun in the 2008 primary. As a JP, she says on her website, she will "never legislate from the bench." 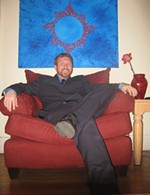