One candidate draws on criminal law, the other on civil, for criminal bench 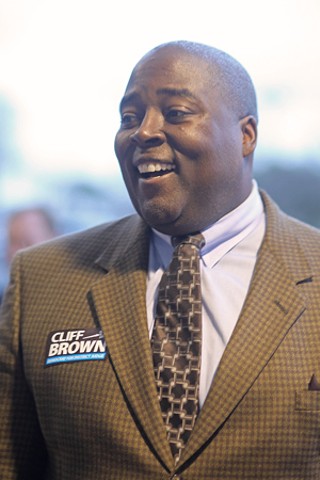 The race for Travis County's 147th Criminal District Court pits a seasoned criminal attorney and public official against a maverick civil lawyer with a history of advocacy and a unique perspective on the criminal justice system. The odds are frankly long that civil attorney Bill Gammon can overcome the political inevitability of a win for city of Austin Police Monitor Cliff Brown in the primary that will (in the absence of a GOP contender) determine the next judge of the county's 147th Criminal District Court.

Brown has had 17 years of experience as both a criminal defense attorney and prosecutor and since 2007 has capably filled a high-profile, contentious position at the city. Gammon has a general business practice, is best known for his environmental advocacy work (for Save Our Springs Alliance), but has a much lower public profile than Brown. Moreover, he has decided to run an entirely DIY campaign, accepting no campaign contributions of any kind. Yet Gammon presents an interesting and unique candidacy. For starters, he practices civil law. He himself doesn't see that as a roadblock to assuming a criminal court position (civil law, he contends, is far more complicated than criminal law), but that argument is unlikely to win the confidence of the criminal lawyers voting in the primary – or who would come before his court. Yet Gammon offers a unique perspective based on his personal history. On the stump, he recalls having been convicted of drug possession in the Sixties (coincidentally, in the 147th District Court) and sent to the state pen for four years (he served just more than one). He worked for 12 years to get a pardon before winging his way through his law school courses at the University of Texas in 22 months flat (which he believes remains the record).

In fact, Gammon thinks it's his affinity for school and continuing legal education that will carry him through – should he win the primary, he says, he'll have nine months (before eventual investiture in January) to study nothing but criminal law to get up to speed for his first day on the bench. In sum, Gammon argues that he has more actual experience with the mechanics of the criminal justice system than any other candidate for judge in Travis County.

To Brown, however, it is practical legal experience that matters, and he's got under his belt 17 years in criminal courtrooms. He began as a prosecutor in New York City before switching to criminal defense. He returned to prosecuting with the Travis County District Attorney's Office before taking on the job as Austin's police monitor in 2007. "Simply put, I think experience matters," he says. In nearly two decades in the criminal justice system, "I've seen the inside, the outside, and both sides" of the bar, "and I think that gives me great judgment and insight." Brown has been campaigning for this seat for nearly a year, and his efforts seem to have paid off: He's swept the endorsement race, including earning the support of all public safety employee associations and the county's major lawyer groups. And his background – one of five kids raised by a single mother with limited means – gives him an understanding that he says would be invaluable on the bench. "To put it succinctly," he says, "people are more than their current predicaments."