These candidates are all over the map on issues

With only eight Texas Senate seats contested in the November elections, a leadership switch in the upper chamber next session seems unlikely. So once again, the House will be the major battleground as Republicans try to reinforce their slim majority (77-73, after one party switch) and Demo­crats hope to switch the knife-edge balance of power. The problem for the GOP is that several sitting state reps face tough challenges from the right, some from grassroots anti-tax candidates, others backed and well-funded by hyperconservative think tanks and lobby groups. House Republicans already sustained major losses after several prominent incumbents – including San Antonio's conservative mainstay Frank Corte and House Cal­en­dars Committee Chair Brian McCall of Plano – announced they would not be running again.

The Democrats have taken their own share of hits. After years of swirling corruption rumors, Terri Hodge of Dallas pled guilty to tax evasion and is standing down, while questions of crumbling party unity were raised when Jacksonville state Rep. Chuck Hopson announced he was switching parties last November. However, with recent Texas Credit Union League polling showing that faith in incumbents from either party is well below 50%, there could be more seats truly up for grabs in both March and November than in recent history. 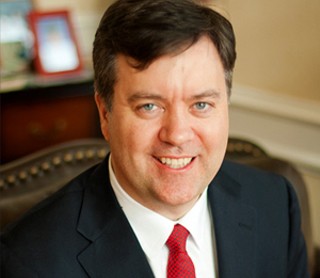 HD 50: (Incumbent: Mark Strama, D) The Republican Party of Texas basically abandoned Strama's 2008 opponent Jerry Mikus to his own devices. So far, the two GOP contenders in 2010 have yet to prove real fundraising muscle, with Ron Paul-style Libertarian Ryan Lambert pulling in $1,302 and self-described Reagan Republican Patrick McGuinness ahead with $5,380.

SENATE DISTRICT 5: Senate Finance Com­mit­tee Chair Steve Ogden, R-Bryan, originally planned to resign. When he changed his mind, to work on the next budget, everyone expected Home and Land Owners Associa­tion of Texas founder Ben Bius to step aside. Instead, he stayed in the race, challenging the Senate's leading money man for not being conservative enough on taxes and gun rights.

HD 20: The year's most unexpected primary came when Georgetown Republican Dan Gat­tis announced he would not be running again. Former Republican Party of Texas Political Director Milton Rister is this race's Capitol insider, but with former Cedar Park Mayor Pro Tem Stephen Thomas, surgeon Charles Schwertner, and retiree Patsy Williams all on the GOP ballot, this may go to a run-off.

Elsewhere in the State

HD 146, THE BIZARRE RERUN: In 2006, Democrat Borris Miles pushed out controversial incumbent Al Edwards in the primary. But Miles' wild antics – e.g., hiding pictures from the Capitol walls he didn't approve of – meant Edwards ousted him in 2008. Now Miles is back for round three.