Both candidates push alternatives to incarceration 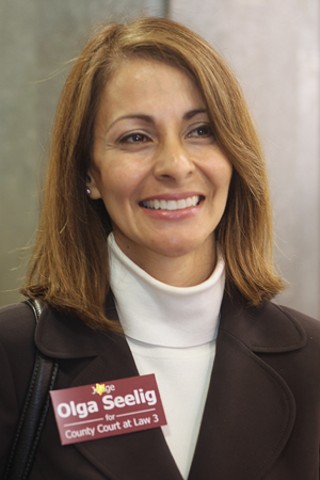 The six Travis County Criminal Courts at Law handle an enormous number of misdemeanor cases – including drunken driving, thefts, and minor drug charges. That means they're the courts where, quite often, a person can have his first experience with the wrong side of the criminal justice system; as a consequence, they're also the courts where bad habits are confirmed or, instead, there is good opportunity, at least in principle, to divert defendants from becoming repeat customers.

That's how John Lipscombe, candidate for judge of County Court at Law No. 3, sees it. Many of the people that come through the county courts have made a "mistake," he says. "Mistakes don't make a person 'bad.'" Lipscombe should know: He's spent the last 19 years as an assistant Travis County attorney and says that in that time he's done his best to help defendants find redemption and avoid unnecessary jail time. Lipscombe says that as a judge he'd like to establish what he calls a "gapper" court: a special evening court setting for defendants age 18-24, who are adults under the law but whose minds and therefore impulse control (according to the latest research) are not yet fully developed. The docket would consider young adults with nonviolent offenses (particularly drug and alcohol cases) and provide counseling and other services in an attempt to get them straight without having to be saddled with a criminal conviction. Lipscombe says he's been inspired by County Judge Elisabeth Earle's DWI court and that he has already recruited six local psychologists willing to donate counseling services for his specialty docket. Noting that it takes 40% less money "to rehabilitate than to incarcerate," Lipscombe says that finding alternatives to jail makes both good fiscal sense and good public policy. 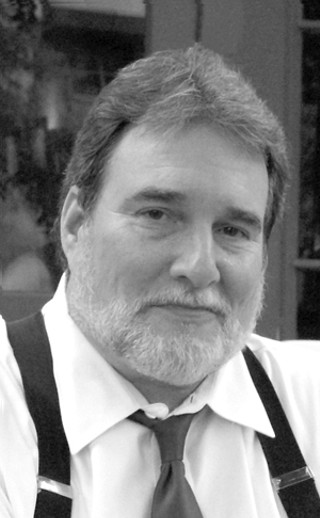 Olga Seelig, Lipscombe's opponent, agrees that alternatives to incarceration are the future of criminal justice – in fact, she says, she's been studying alternatives since she was an undergraduate criminal justice major at the University of Texas – El Paso. "It's very simple to just say, 'Look, we have to put you behind bars,'" she says. "There's no doubt it's easy. It's not cost effective, but it's easy." Seelig began working with the El Paso County Public Defender's Office while in law school, then became an assistant county attorney before going into private practice doing both civil work and criminal defense. In 2006, she was appointed to the city of Austin's municipal court bench, where she has presided over class C misdemeanor cases – violations of traffic laws and city ordinances that carry the possibility for penalties but not jail time – as well as handling search warrant requests by police, among other duties. (As it happens, it was Seelig who set the $8,000 bond for Nathaniel Sanders II just four days before he was shot and killed by police, even though at the time he was granted bail, he was wanted for a failure to appear in court in connection with another case. Seelig says that because of gaps in courthouse records, she was unaware that there was an outstanding warrant for Sanders' arrest at the time she set bail, and she has worked since to get those information problems fixed.)

Seelig says she too would like to expand specialty courts to divert defendants from jail and in particular would like to expand the mental health court docket begun in the felony court of Judge Julie Kocurek and County Court Judge Nancy Hohengarten. Expanding that docket is "really crucial," she says. "A lot of these people with mental illness [also have] chronic substance abuse" issues and use drugs to self-medicate. In an effort to stop that cycle, she says, she'd like the court to work "closer and in tandem" with organizations – such as Austin Travis County Integral Care – to get people the services they need. "People want to see us clean up our act," she says. "We should be a civil society, not just one that ... says, 'Cage these people because they're just animals.'"

Although Lipscombe and Seelig publicly agree on many aspects of court administration and innovative justice, the race between the two Democrats has not been consistently congenial. Seelig supporters have attacked Lipscombe online – in letters to the Chronicle and on the Dem-oriented blog Burnt Orange Report – arguing (by rumor) that he is, essentially, a political bully. Lipscombe says he has heard far worse rumors during this campaign, including attacks on his personal life. As of yet, there has been no similar mudslinging against Seelig.

Curiously, when asked whether she thought she had any responsibility for reining in unfair or inaccurate accusations made by her supporters, Seelig demurred, saying only that she wasn't personally responsible for saying anything negative about Lipscombe. "That's not the person I am, who I would be on the bench, or have been on the bench."