The Travis County Republican Party has fielded one of its largest tickets in recent political history for the March 2 primary. Its strategy is clear: to run against the Obama administration. But the challenge facing the local GOP is how to package its candidates as agents of change in a state where they run the Legislature, the state's highest courts, and the Governor's Mansion. TCRP Chair Rosemary Edwards said, "This county has long been blue, but I intend to go precinct by precinct and make it red."

Back in December, the party relocated its headquarters to a suite at a Cameron Road office complex, part of the real estate portfolio of Buttross Properties, owned by former mayoral candidate David Buttross, now running against Democratic incumbent Sarah Eckhardt for Precinct 2 county commissioner. The new headquarters was the location of a press conference/meet-and-greet with this new round of candidates, and their numbers are initially impressive, though many are first-time candidates and several were late recruits.

The biggest push is in the state Legislat­ure, with Republicans filed in both of the county's Senate seats and four of the six House seats. Republicans are primarily targeting the western portions of Travis, traditionally considered more friendly to conservatives. Former Longhorn offensive lineman Dan Neil might be expected to get a boost against Democrat­ic incumbent Rep. Donna Howard from his football achievements (two paragraphs of his website bio cover his career on the field), but Neil argued that his policy positions ("I'm a pro-life, fiscal responsibility, personal responsibility candidate") will resonate with House District 48 voters. He said, "Two sessions ago, this seat was held by conservative Repub­lican Todd Baxter, and there are a core group of Republicans that want a conservative Republican candidate to run in that district."

Neil's nomination is uncontested, but other candidates aren't as fortunate. While contested primaries can raise interest in a race, they also cost money and divert resources. In HD 50, hopefuls Ryan Lambert and Pat­rick McGuinness said they hope Repub­lic­ans remember the real target is incumbent Dem Mark Strama. Lambert, a firefighter and Ron Paul-style small-"l" libertarian, said: "We're not running against each other. We're running against the failed liberal policies of the incumbents." Both men expect more centralized support than Jerry Mikus received in his 2008 challenge to Strama; he was effectively left to his own devices as the county party concentrated on its failed HD 47 push and only polled 33%. In 2010, McGuin­ness said, "It's a different Travis County Republican Party, and it's a different level of commitment." As a popular three-term incumbent and Republican-appointed committee chair, Strama will be difficult to dislodge. But in a year when Democrats have serious intentions for statewide office, a challenge refocuses his energies. Strama said, "From my perspective, it means I'll have to spend more time campaigning in my district than in other districts helping other Democrats."

Amid the talk of gains, local Republicans still have to play defense. Republican Justice of the Peace Barbara Bembry is stepping down this year, and documentarian Glenn Bass has filed to succeed her in what he called "a critical seat," because "it's not only the only JP seat that we hold; it's the only seat that the Republicans hold that's wholly contained in Travis County."

So how do Travis County Republicans square the circle of opposing the D.C. establishment while bolstering the Austin status quo? Neil argued that with a Republican-dominated Legislature and Republicans holding every statewide office: "If you want to get something done, get a Republican in there. ... He or she will be able to do a better job than an antiestablishment candidate." McGuinness added: "Let's look at it from a bigger picture. The Democrats control everything in Washington, D.C., and are dictating things to the states. We see that a lot of people in this country are not liking those decisions, and we think people are going to make voting decisions at the state level and the local level to change that." 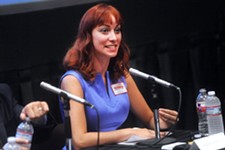 Will the GOP Return to City Hall?
Right-leaning challengers aim to unseat CMs in run-offs