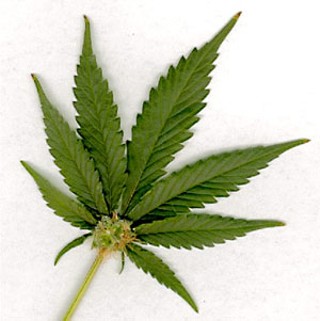 1) PATIENTS FREE TO INHALE Keeping a presidential campaign promise, President Barack Obama's Department of Justice sent out an official memo to federal prosecutors in October advising them to end raids on patients using medi-pot in compliance with state law.

2) SOME LIKE IT POT A home movie of Marilyn Monroe that purports to show the blond bombshell toking a joint while lounging on the couch hit the Internet this fall. Suffice to say, the sleepy-eyed actress can even make sniffing an armpit look sexy.

3) DON'T KNOW WHAT HE'S SMOKING Rep. Charles "Doc" Anderson, R-Waco, did his rootin' tootin' best to criminalize the sale of Salvia divinorum – the most potent naturally occurring hallucinogen – but his colleagues just weren't buying it. Researchers think the plant might have potential to treat schizophrenia and other mental illnesses, which is why they want to ward off threats to its availability. In the end, lawmakers made only its sale to minors illegal.

4) FRUSTRATED FARMERS JAILED Hemp farmer hopefuls were arrested in October for digging up the lawn at the headquarters of the Drug Enforcement Admini­stra­tion to plant industrial hemp, a non-narcotic crop the DEA considers to be nothing more than dope. Among those arrested was North Dakota farmer Wayne Hauge, who is licensed to grow the crop but whose efforts to do so have been stymied by the DEA. Hauge has been battling the DEA for several years in federal court, and now the farmers are looking to Congress to take action. You can bet this story will germinate through 2010.

5) CRACKING THE COCAINE DISPARITY Congress finally voted in favor of ending the infamous 100-to-one crack-to-powder cocaine sentencing disparity codified in 1986. The new law would eliminate any distinction between crack and powder in federal law and significantly do away with the mandatory minimum five-year turn in the clink for possession of just 5 grams of crack. The change in law isn't final yet – and there's certainly more hand-wringing on tap from lawmakers who don't want to appear soft on drugs – but it's as close to a done deal as you'll find on the otherwise grim drug war landscape.

6) PRICKS KILL NEEDLES … AGAIN Once again, a bill that would let local health departments establish anonymous one-for-one needle exchange programs died a frustratingly slow death at the Capitol, meaning Texas remains the only state in the country without some form of legal needle exchange to combat the spread of communicable disease.

7) WE DON'T TALK LIKE THAT IN EL PASO Apparently there are some things not up for debate in El Paso – at least that's the lesson members of the City Council learned this year when they tried to jump-start a conversation about drug prohibition. On the front line of the drug war, the city was looking to offer support to its sister city, Ciudad Juárez, Mexico. But that ain't cool, said members of the city's Lege delegation, who said such a discussion would be embarrassing to the city. As it turned out, with the story gaining national attention, the truncating of open debate was far more shameful.

8) POT FROM COAST TO COAST In an effort to boost the state's seriously ailing budget, drug-law reformers in California worked to get a legalize-and-tax-and-regulate pot initiative onto next year's ballot, and Gov. Arnold Schwarzenegger even said it's time to debate the merits of legalization. Meanwhile in D.C., federal lawmakers put the district one step closer to enacting a medi-pot law that voters there approved in 1998. At the time, Rep. Bob Barr, R-Georgia (now a flaming Libertarian) penned a measure that would strip the city of its budget should it try to implement the law. This summer, lawmakers finally voted to revoke the Barr Amendment, restoring at least a modicum of sovereignty to the city.

9) YOUR CHOICE: TREATMENT OR JAIL After years of hearing the nation's drug czar jaw on and on about how potent pot is sending more tokers in search of medical help to quit their habit, the feds this year released a new set of statistics showing that – surprise, surprise! – 56% of people admitted to rehab for pot use have actually been sent there by the criminal justice system, as an alternative to going to jail for drug possession. Back to the drawing board, Mr. Czar.