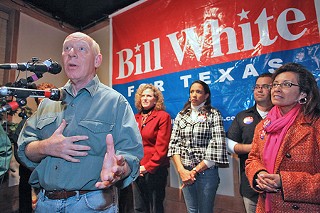 1) FORT HOOD RAMPAGE A routine day at a Central Texas Army base turned deadly Nov. 5, when a gunman suddenly fired on a crowd of people in a processing center. Maj. Nidal Malik Hasan, an Army psychiatrist, has since been charged with 13 counts of premeditated murder and 32 counts of attempted premeditated murder.

2) TEXAS TUMBLE It turns out Texas wasn't so recession-proof after all. Unemployment hit 8.3% by October, the backlog of food stamp applications swelled beyond control, and sales-tax receipts started a yearlong decline, dropping more than 14% between November 2008 and November 2009.

3) TEA, ANYONE? The secession question took center stage when Gov. Rick Perry, toying with the emotions and votes of reactionary tea-partiers, mused about the prospect of an independent Texas. Unfortunately for him, the Constitution says no dice, so the tea party crowd pinned its hopes on the God-'n'-guns stylings of primary challenger Debra Medina instead.

4) DECK CHAIRS ON THE 'TITANIC' The 2010 primaries turned into the Mad Hatter's tea party. U.S. Sen. Kay Bailey Hutchison filed to run for governor but refused to give up her seat in D.C.; Ambassador Tom Schief­fer jumped into the governor's race, then jumped out; Houston Mayor Bill White wanted to be a U.S. senator, and now he wants to be governor; and ex-gubernatorial hopefuls Hank Gilbert and Kinky Friedman are fighting to be ag commissioner.

5) COMMUNIST PLOT State conservatives wrapped their tin-foil hats extra tight when President Barack Obama's back-to-school speech was broadcast to students Sept. 8. Claiming it was some form of indoctrination, they went on to picket his Oct. 16 speech on volunteerism to Texas A&M students.

6) STATE BOARD OF WHAT? Fundament­al­ists on the State Board of Education tried to push through language watering down the teaching of evolution back in the spring, making Texas a national laughingstock. They were only partially successful. Now they're setting their sights on social studies, and the culture wars rage on.

7) NICE TRADE-OFF One of the biggest perks of Texas governors is their ability to turn campaign contributors into powerful appointees, regardless of their lack of qualifications. In Rick Perry's case, the guv denies that the $5 million he'd received in donations from several of his 2009 appointees affected his decision to reward them for their generosity.

8) PANDEMIC OR PANIC? Protective face masks became the wardrobe accessory of the year as swine flu swept across Texas with a vengeance, prompting schools to temporarily shutter their doors and cancel sporting events.

9) DANCING WITH THE (FALLEN) CZAR You can't keep a bad man down, especially if he's light on his feet, as former U.S. House Maj­or­ity Leader Tom DeLay demonstrated during his brief tenure on Dancing With the Stars. 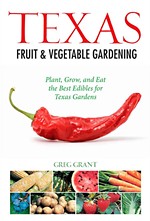 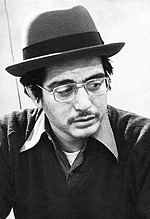 TV Eye
Tuning In to Texas