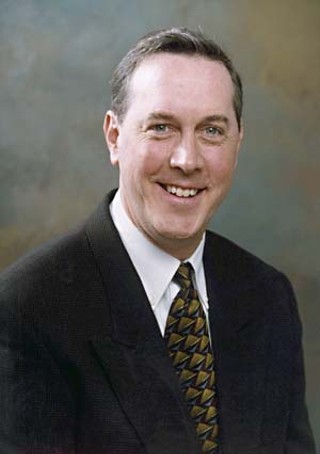 Can the city's proposed Austin Urban Rail avoid the persistent problems of Capital Metro's Red Line commuter project? That unspoken concern hung over City Council chambers last week, as it had in October when Cap Metro interim President/CEO Doug Allen presented an eye-opening summation of "lessons learned" to the Transit Working Group of the Capital Area Metro­pol­itan Planning Organization. (See "Where Cap Metro Jumped the Track," Oct. 23.) Allen provided an unprecedented and refreshingly candid assessment of why the project is two years behind schedule and $15 million over the original budget.

The preliminary design and engineering work for the central city circulator rail project will be in the hands of the city of Austin, not the transit agency. As evidenced by praise from council members and the city manager at last Thursday's meeting, Transportation Department Director Rob Spillar has garnered a high degree of their confidence in his professional expertise and structured approach to a citywide Strategic Mobility Plan. Nonetheless, Cap Metro's poor performance has given everyone the willies about trusting not only Cap Metro but the prospects for success of any rail transit system. As Allen summarized them, key things the city should do differently include:

• Emphasize multiline communication throughout the process – both among team members and with the public.

• Invest the necessary resources (capital budget, outside expertise, adequate staff) to do the system right.

• Don't try to invent unproven technical solutions that have not been tested and proven to work elsewhere.

• Use strong project management processes and controls, including a master Project Management Plan.

• Identify, obtain – and maintain – all needed outside expertise for all aspects of a rail-transit system.

• Integrate engineering and construction work within one department or one responsible outside entity.

Spillar spoke to these "lessons learned" issues in his own briefing to City Council last Thursday and to the Transit Working Group on Monday. Council authorized a contract of up to $1 million for preliminary engineering work from Austin Urban Rail Partners, a consortium led by national firms AECOM USA Inc. and Lockwood, Andrews & Newnam Inc. (It's funded by the Capital Metro Quarter Cent Program – so no one can say the transit agency isn't doing its part.) Next week, council is expected to act on hiring Capital Market Research to conduct an economic impact analysis study, for up to $200,000.

For each problem Allen had identified, Spil­lar addressed what the city will do differently. City staff and multiple teams of national transit-system consultants are working to deliver necessary information to council by this spring. That includes more complete data and recommendations on the route, ridership projections, engineering and environmental impact findings, a phasing plan, guidance on which "investment segment" should be built first, economic impact, projected costs, and a recommended financial cushion. Last but not least, they'll recommend a funding approach and operator option. (The two potential operators Spillar recommends least are the city itself and Cap Metro; three other options discussed are Lone Star Rail, the Central Texas Regional Mobility Author­ity, or a separate nonprofit agency.)

Council Member Bill Spelman asked, "Under what circumstances would you recommend our not bringing this before the voters in November 2010?" Spillar responded that council must decide whether it has enough information by March or April to proceed with calling a November 2010 rail referendum, at which voters could authorize the project and bond funding. If, at that time, council members feel they still need more information, said Spillar, his staff and consultants will keep working to deliver it – but a rail referendum would most likely be delayed. "Some people never have enough information in this town, we've seen that," observed Mayor Lee Leffingwell, adding, "I'm sure we can make that decision in the spring."

Council Member Sheryl Cole sits with Leffingwell on the Transit Working Group; she had heard Allen say there he believed pressure to meet a November 2004 rail referendum deadline had shortchanged the design and engineering work on the Red Line. In Allen's assessment, inadequate early planning, design, and engineering work, combined with a failure to engage sufficient outside expertise, had led to an unrealistic budget and schedule. That in turn triggered all the delays and budgetary challenges that followed. A "pilot project" was put to voters on the cheap, quoting only $90 million (now up to $105 million) for a system unable to run enough trains to meet anticipated demand. Cap Metro then tried to expand the system, but without admitting that the agency would need significantly more time, money, and human resources to do it right. In October's meeting, Allen said the cost of the Red Line commuter rail system "probably could and should have" been $300 million (to build it out properly, with double tracking) to serve the transit ridership potential in that corridor – still a good price for a 32-mile system.

Spillar said later that he sees the problem differently; he doesn't believe it's fiscally wise to take the project to 60% design before taking it to voters, as Allen had suggested. Rather, he believes it's appropriate to invest in just 15% to 20% of the total design work pre-election – but then build a correspondingly hefty contingency into the cost estimate. The less design work that is completed, he explained, the larger the cushion needs to be, to contain risk and to cover "the unknowns you should know and those you don't know – all the risks you've got to accommodate."

Cole assured Spillar, "I don't think there's any doubt that all of us support rail." But she also told him pointedly, "Even though we're aiming for a November date ... if you become even slightly concerned that we can't deliver by that date or that the city is somehow at risk, do not hesitate to come forward to the city manager or this council and deliver emphatically that message." She added, "I think March 1 would be one of our absolute drop-dead dates, [by which] we would have to have some answers to some of the very big questions."

Key systems planning errors made by Capital Metro, as cited by Doug Allen, include:

• Violating the rules of operation from the Federal Railroad Administration.

• Trying to use unproven systems and technologies to save money, particularly by combining freight and commuter rail service on the same tracks. This resulted in elements not functioning as intended, including: 1) crossing gates at key locations with train detection system problems, 2) the centralized traffic control system, 3) communication with dispatch, and 4) safety issues from conflicts with freight traffic.