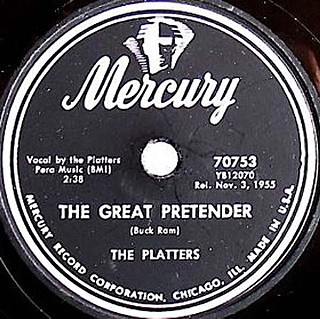 The Republican Party of Texas claims to be the defender of property rights. But a new attack ad suggests they may not be so hot on intellectual property. The ad, aimed at Houston mayor and gubernatorial candidate Bill White, uses – without permission – the Platters' 1955 doo-wop classic "The Great Pretender" as a soundtrack. Now, attorneys for the Platters founding member Herb Reed are considering their options. "Herb would never agree to let his music be used in a political way," said Reed's manager, Fred Balboni.

The Internet ad, titled "Bill White: Too Liberal for Texas," went live on the Republican Party of Texas' YouTube account on Dec. 2. When asked whether his party had received the required permission from the copyright holders of the performance and the original composition, RPT Communications Director Bryan Preston said no licenses were required because the ad was "covered under fair use and political parody." Legal precedent, however, suggests he's wrong, especially in light of a recent high-profile defeat for Republicans.

In 2008, Jackson Browne sued Sen. John McCain, the Republican National Committee, and the Ohio Republican Party for copyright violation and falsely implied endorsement after they used his 1977 track "Running on Empty" without his permission in an anti-Obama attack ad. The U.S. District Court in California threw out McCain's motion to dismiss using a public interest defense, forcing the Republicans to settle out of court in July 2009. As part of the agreement, they pledged "in future election campaigns to respect and uphold the rights of artists and to obtain permissions and/or licenses for copyrighted works where appropriate." Browne's attorney Larry Iser said, "The law is very clear that the parody must be a parody of the song itself." Since the latest ad is attacking White and not the Platters, he called the Texas GOP's claim that the ad is protected free speech "nonsense."

When asked for a comment about the potentially illegal use of copyrighted material to slam their candidate, the White campaign simply quipped, "That recycled approach is part of the problem in our state right now." 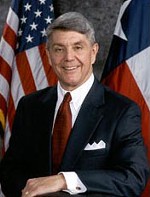