Let the 'Chronicle' News staff stuff your stockings this year


The Really White Vigilante is back, and, judging from the mushrooming influx of chic scenesters peopling East Austin, not a moment too soon. The third installment of the comic series, written and drawn by local artist Michael Schliefke, sees the Vigilante drawn into a nefarious plot by the Legion of Hipsters (who meet at new Eastside haunt the Good Knight) and further into City Council politics (where Will Wynn is still mayor). While sussing out the local landmarks and personalities is a rush, it's the conflicted comic's take on gentrification in an ever-expanding Austin that makes this Vigilante's heart beat. Available at www.thewv.net, comic stores around town, and the Blue Genie Art Bazaar (www.bluegenieart.com).

Affordable Housing for the Governor


A year and a half after an arsonist all but completely destroyed the Governor's Man­sion, it has yet to be restored. Lawmakers went into shock when presented with a pricey plan to revive the 153-year-old beauty, but eventually coughed up some dough. Still, the state wouldn't mind some private help – you can donate online at www.texasgovernorsmansion.org. Depending on election results, completion may not be done until after our current governor has left office. Or not.


Heck, we don't even care if it goes anywhere we want to go (and MetroRail, terminating away from major employers at the southeast corner of Downtown, won't). We just want to know that that money bought something. The perfect gift for the Leanderite in your life who doesn't mind a bit of a walk to his/her Downtown office. See for yourself at allsystemsgo.capmetro.org. 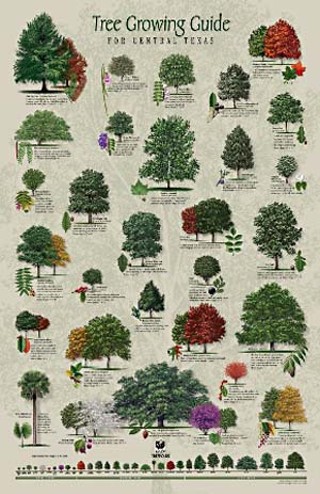 
The city's boards and commissions are currently debating an ordinance to strengthen protection of "heritage trees," the really big, iconic ones. But we need young trees, too – that's how you eventually end up with old, stately ones. Visit the Texas Forest Service's Texas Tree Planting Guide at texastreeplanting.tamu.edu to figure out which tree is best for your loved one's neighborhood. The city of Austin arborist can help, too: www.cityofaustin.org/trees. Not sure how to gift-wrap a tree? Put a bow on a TreeFolks' Tree Growing Guide for Central Texas poster ($5) and give the gift of inspiration (www.treefolks.org).


We big people know we're not supposed to eat the small parts that come with our toys and gadgets, but the little ones, well, you know how they innocently put things in their mouths and – gosh, let's not even go there. So to help keep your safety on while you're out shopping for the tots, the consumer-friendly folks at the Texas Public Interest Research Group have released "Trouble in Toyland," a new report on dangerous toys you'll want to avoid. This year's findings, released last week, focus on three hazardous categories: toys that pose choking dangers, toys that could bust an eardrum, and toys laden with toxic chemicals and phthalates – substances added to plastics. These TexPIRG people know their stuff, evidenced by remarks from Dr. Pat Crocker, emergency medicine chief at Dell Children's Medical Center, and others from U.S. Rep. Lloyd Doggett, delivered at last week's media event. Give yourself the gift of learning about dangerous toys at www.texpirg.org, or access the report on your mobile at www.toysafety.mobi. Now let's go buy some toys.


For the hard-to-buy-for drug-policy reformer on your list, consider two new reads that trace the history of our nation's obsession with getting high. As we continue onward into the fourth decade of the nation's war on drugs, there's really no better time than now to look back on where we've been, and books from the Huffington Post's Ryan Grim and historian Stephen Gertz are a great place to start.

In his new book, This Is Your Country on Drugs, Grim charts the history of the U.S. drug culture and explores why almost everything you think you know about it – notions about who sells drugs and who uses what, for example – is likely wrong. It's a good, fast read – perfect for someone with, say, a limited attention span – and offers tons of facts to bring to the table during your next debate over the continued use of prohibition as a drug-control strategy.

In Dope Menace, Gertz details the history of the pot pulp from turn-of-the-20th-century noir about opium addicts (with catchy titles like 1906's Chinatown Charlie the Opium Fiend) to the lusty sensational tales of the 1950s and beyond (like the lurid Marijuana Girl: "She traded her body for drugs – and kicks!"). Complete with a history of the rise of drug pulp, plus pages and pages of reprints of saucy cover illustrations, this is a must-have for every reformer's bookshelf.