It's not the mall.

South First Street is the newest IBIZ shopping district organized by the Austin Inde­pen­dent Business Alliance. As the holiday season kicks into gear, the South First area – like the five other IBIZ Districts in older neighborhoods around town – offers a concentrated stretch of eclectic retail outlets for an anti-mall experience: End of an Ear, Redline Hookah, Teddies for Bettys, Resistencia Bookstore, Secret Oktober, and Sugar Mama's Bakeshop, to name just a few. In all, AIBA lists at least 80 locally owned businesses in an eight-block stretch between Barton Springs Road and Oltorf.

Such "local character" establishments are the ones AIBA hopes you'll patronize on Saturday, Nov. 28. For Austin Unchained Day, AIBA asks everyone to shop exclusively at locally owned, not chain, businesses. Founded in Austin, the Unchained event is now held in 40 cities around the country, according to AIBA staff. Council Member Sheryl Cole supported it with a Nov. 19 proclamation; Council Member Laura Morri­son is issuing a Dec. 10 proclamation, "'Tis the Season to Buy Local."

Since 2002, AIBA has cited its economic impact study findings that purchasing from independent businesses keeps three times as many dollars in the local economy compared to money spent at chain stores. The alliance's "unchained" message: If everyone in Austin broke free of chain stores and shopped only at local businesses on the Sat­urday after Thanksgiving, the local economy would enjoy a positive $14 million economic impact. (That figure has not been updated to reflect the current economy.)

AIBA recently merged with Choose Austin First, another local-business organization. AIBA already had a membership of more than 300 locally owned businesses, while Choose Austin First had about 66, of which 48 were new to AIBA. Both groups formed in 2002, but ideological and membership-rule differences had kept the groups separate. However, the purpose of an independent-business association is strength in numbers; AIBA says competitors with national-platform marketing budgets make a unified voice necessary to compete. "By combining our efforts, we have an even stronger voice representing locally owned businesses," said Gregg Burger of Precision Camera, who was board president of Choose Austin First. The merged group will use AIBA standards for membership: Businesses must be at least 51% locally owned, not part of a franchise, and not publicly traded.

The South First Street IBIZ shopping district will host one of its monthly "First Saturday" events Dec. 5, from noon to 8pm, featuring sidewalk sales and specials. Information on all six districts is at www.ibuyaustin.com, along with a directory of AIBA member businesses and restaurants, searchable by service and type. AIBA will hold a community happy hour Wednesday, Dec. 2, 5:30-7:30pm, at Spider House Patio Bar & Cafe, 2908 Fruth. 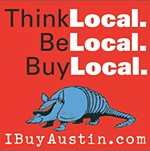 Then There's This: Even More Reason to Buy Local
City may reinstate indie biz group's funding after breaking contract 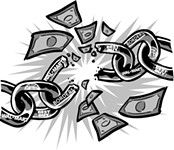