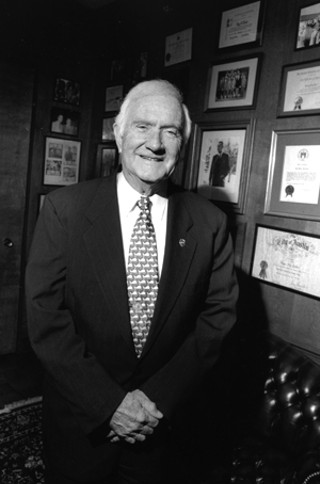 Services will be at 2pm today, Thursday, Nov. 19, at the LBJ Library, for Roy Butler, Austin's mayor from 1971 to 1975. Butler, a longtime business leader and philanthropist, died Nov. 13 at 83. His business interests stretched from car dealerships to real estate, radio stations, and beer distribution, and he was known as a pro-growth mayor. Butler was Austin's first mayor to be elected by voters rather than by the City Council; in his 1973 re-election bid, he collected a record number of votes, totaling nearly 44,000.

His passing was followed by the Nov. 14 death of another former Austin mayor, Travis LaRue, 96, who preceded Butler in the mayor's office.