Media Watch: 'A Sense of Purpose'

Texas Tribune makes its debut in the realm of nonprofit journalism 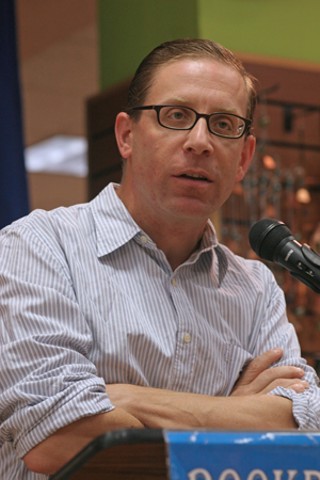 Former KVUE-TV political reporter Elise Hu talks with almost evangelical zeal about her new job with the Texas Tribune, a nonprofit start-up. Set to officially debut Nov. 3, with former Texas Monthly Editor Evan Smith at the helm, the Tribune is more of a mission than a job, Hu says, an opportunity to create a new media entity devoted to in-depth, nonpartisan coverage of Texas government and civic issues. "I think it's an important cause," she said, explaining why she abandoned her job in TV news. "The Tribune has a sense of purpose."

To many industry observers, the Tribune (www.texastribune.org) and nonprofit operations like it represent nothing short of the future of journalism. While traditional media organizations continue to shrink, dozens of nonprofits have sprouted around the country in the last year, hoping that public funds will maintain investigative and public service journalism. Established players like Voice of San Diego and the MinnPost are already affecting their communities, breaking stories, and exposing the gaps in coverage supplied by newspapers and TV.

"I'm not saying there isn't a for-profit model out there" for journalism, said Tribune Chair John Thornton, a general partner of Austin Ventures, a tech-oriented venture capital firm. "It's just not a good business, and it never will be again."

Thornton seeded the Texas Tribune with $1 million of his own money. Another $2.5 million is already committed from a variety of foundations and Texas sugar daddies ranging from former Democratic Lt. Governor Ben Barnes to conservative icons T. Boone Pickens and Red McCombs. The pitch is simple: Public service journalism is a "public good," much like national defense, energy, and environmental issues, and should be removed from the whims of the advertising cycles. "Just as you wouldn't leave [the fates of] clean air and clean water to the free market, you shouldn't leave journalism in the public interest, the watchdog function of journalism, to the free market," said Smith, who left Texas Monthly in August after 17 years with the magazine.

With a staff of 16 at launch, the Tribune will focus on an array of civic issues, including politics, the border, health care, and education. In July, Thornton bought Texas Weekly, the consummate Capitol insider newsletter, and its editor, Ross Ramsey, was named the Tribune's managing editor. The initial reporting staff includes Brian Thevenot, the former special projects editor at The Times-Pica­yune of New Orleans, where he participated in two Pulitzer Prize winners; Brandi Grissom from the El Paso Times; Emily Ramshaw from the Dallas Morning News; Matt Stiles, a database specialist from the Houston Chronicle; and Hu, who will focus on multimedia projects.

"We didn't hire journalists out of work," Thornton said. "We hired reporters who their editors were pissed off that they lost them."

Rather than focusing solely on long-term projects, the reporters will work beats and file stories across platforms, from blogs to podcasts, producing multiple stories a day, Smith says. "We're deliberately not setting up a situation where the reporters go into a windowless room for six months and try to win a Pulitzer," he said.

The Tribune will offer its content free of charge to newspapers and other media outlets. But so far, editors have shown little enthusiasm, reacting with a "mix of puzzlement and outrage," Smith said. Many see the Tribune as competition; others resent the implication that they are not covering civic issues, he said.

The Austin American-States­man is among the newspapers noticeably uncommitted. "We need to evaluate what the Texas Trib­une has to offer before we decide whether to use its material," States­­man Editor Fred Zipp wrote in an e-mail. "It's certainly a competitor for mindshare, but it could become a source nonetheless."

Thornton scoffs at the idea that newspapers are adequately covering the beat. "When's the last time you read a story about lobbying in state politics?" Thornton asked. "I don't think anybody can say with a straight face that people of Texas are as informed on government today as they were 50 years ago."

Within media circles, a minor backlash has formed in recent months against the nonprofits and that type of lofty talk. Some believe the new organizations may do more harm than good, taking resources and attention away from already struggling traditional media companies. "In the current arrangement, we're substituting one flawed business model for another," Slate columnist Jack Shafer recently wrote. "For-profit newspapers lose money accidentally. Nonprofit news operations lose money deliberately."

Some believe the nonprofits are more susceptible to bias than commercial organizations. "No matter how good the nonprofit operation is, it always ends up sustaining itself with handouts, and handouts come with conditions," Shafer wrote.

Smith vigorously denies any bias, noting the Tribune's wide range of supporters. Tell­ing donors they have no control over editorial is no different than telling advertisers to take a hike, he notes. Nevertheless, to help remove any partisan aura to the Tribune, Thorn­ton, a well-known fundraiser for Demo­cratic causes, says he's giving up all political activity, from donations to lawn signs. "The biggest problem in fundraising so far is me," Thornton said. "I want to remove all obstacles."

To cut the cash burn rate, the staff has agreed to defer 10% of their salaries for the first two years. (Smith and Ramsey are deferring 15%.) Despite the altruistic goals, Thorn­ton promises to run the Tribune as a business. "No doubt, we need to get scale quickly," he said. "But we need to balance that with not spending resources unwisely."

So far, nonprofits have posted a spotty track record. Several smaller entities have already shut down, including the Chi-Town Daily News in Chicago, which couldn't raise $300,000 to keep the lights on. Closer to home, The Texas Observer established its journalism credentials decades ago, yet always struggles to raise money.

Like ProPublica, the Tribune founders believe there is strength in ambition. Plans call for proprietary polling, accessible databases, paid newsletters, and an extensive series of events and conferences, as well as the ubiquitous "multi-platform brand extensions."

Already there are signs the Tribune will be a player on the news beats. Last week Thev­enot broke a story on the Texas Weekly site about a snafu that might result in thousands of Texas teachers not meeting federal standards. And earlier this month Ramshaw covered a controversial proposal to prevent emergency medical technicians from participating in telemedicine video conferences, which could have long-range implications on rural areas.

However, Thornton and Smith know they'll have to produce more than just a few good stories to have an impact. They need to reach beyond the policy wonks, media groupies, and government insiders typically excited by civic-oriented journalism. For all Ramsey's must-read success covering the Capitol, his newsletter only boasted 1,200 subscribers when he sold it. To succeed, the Tribune will have to engage Texans notorious for low voter turnout, lack of interest in the foibles of their leaders, and disdain for intellectual media coverage.

It's hard to measure your impact when the goal is "to help the people of Texas make more informed choices in their civic life," Thornton acknowledges. But, in at least one sense, the Tribune model is no different from for-profits, he says – "We're going to know if we're worthwhile if people keep us in business."