Looking beyond the WTP4 controversy 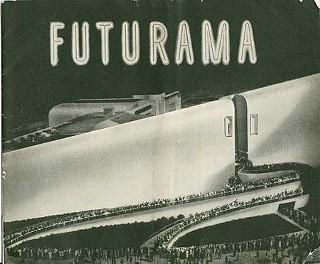 A lot sure can change over time.

The famous "Futurama" exhibit at the 1939 New York World's Fair, sponsored by General Motors, envisioned an autocentric tomorrow, where 30-lane automatic freeways would shuttle you and me across the landscape. Flash forward to today, and you have to look no further than to the Trans-Texas Corridor to know any such asphalt-laying boondoggle has nary a chance of passage (despite what the Texas Department of Transportation might want).

It's with this in mind that the Hustle turns to Water Treat­ment Plant No. 4, its latest action somewhat amazingly coming up for assured passage today, Thursday, Oct. 22. Lucky Item 13 would approve a nearly $3.3 million excavation-and-grading contract making way for the plant. It's not the last hurdle WTP4 faces; City Council will still have to sign off on other contracts before work on the plant proper gets under way, but with City Council Member Randi Shade's signal that she'll be the deciding fourth vote – along with Mayor Lee Leffingwell, Mayor Pro Tem Mike Martinez, and Sheryl Cole – it appears the plant, long consigned to academic debate and environmental-identity politics, may finally be moving into the realm of the tangible.

There are plenty of good arguments for and against building the plant, so the Hustle has always been agnostic on its construction. Surely, with proponents pointing to water-tight examples like San Antonio, more could be done on the conservation front. To that end, the three votes likely against the plant – Laura Morrison, Chris Riley, and Bill Spelman – have called for creating an "Integrated Water Management Plan" with the goal "to position Austin as a national leader in water conservation by 2020." Moreover, on WTP4's cost – which they point out may raise water rates by as much as 15% – the anti- bloc proposes a resolution to ameliorate the hike for the water utility's low-income users.

Conservation should be the utility's chief goal; there is no doubt here. And it's troubling to think as some plant opponents have posited that the expense of building the plant – more than $500 million, sans interest – might have a zero-sum effect on the utility's actions, in that there won't be enough money to adequately address conservation measures. However, it also seems that the time for debate over whether to proceed with WTP4 came years ago, when the city shuttered the Green Water Treatment Plant.

Could the city make do with its two existing plants, Ullrich and Davis? Probably so, but their age raises troubling questions about the utility's ability to get by if one were to go offline for a day or more. While personally the Hustle would have little trouble betting conservation could cover the region's increasing growth (setting aside the question of whether the WTP4 fight is indeed a proxy to fight off future growth), that's speaking for me and myself alone – not the needs of the 800,000 in the city and even more beyond. We elect our leaders to make smart, prudent decisions – and it seems to me that erring on the side of caution, while maybe not the most galvanizing, exciting form of policy-making, is the smart choice.

Not that the city's original plans for WTP4 should go unchallenged, which brings us back to "Futurama." GM's car-centric fever dream of tomorrow can now be seen for the self-serving fantasy it was – and we should cast a similarly jaundiced eye at the utility's original plans for a 300-million-gallon-per-day build-out for the plant. This massive plan may have made sense in the less conservation-conscious 1970s, when the plant was originally proposed, but with dwindling levels at Lake Travis, plans for a 300 MGD build-out now look like unrealistic hubris. Stick with the initial 50 MGD build-out – making up for what we lost with Green – and get serious about conservation.

It is testament to WTP4's staying power that it drowns out all other items on the council agenda this week, including the long-coming ban on texting while driving (Item 28) and the city's own version of the Perry-vetoed "safe passing" law, allowing for a 3-foot buffer between cars and pedestrians/bicyclists (Item 30). Additionally, an item from council (Item 42) would prohibit police officers from taking drunken-driving suspects' blood themselves – more of a precaution, since cops currently don't and aren't slated to. And lastly, Item 39 creates Project Energize, a mayoral initiative in which homeowners could install solar energy upgrades at no cost upfront, then repay them on their property-tax bills. Finally, something with a minimum of controversy!