Firefighters close to signing a contract 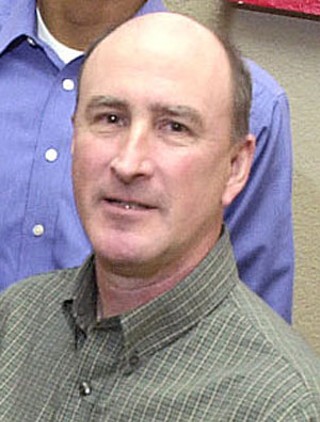 Contract bargaining between the city and the fire department union has ended for now, and while there's no deal inked just yet, the process has been a far cry from the contentious talks of last year. The last day of prescribed talks between the groups came Friday, Oct. 16, but the groups aren't at an impasse. Instead, with the help of federal mediator Mike McMillion, they'll be returning to the proverbial table Oct. 27, with just a handful of contractual items in dispute. "It always comes down to two or three items," says Larry Watts, city labor relations officer. "We're at that point in this one," he continues, but he's "fairly optimistic" the groups can ink a deal.

One of the biggest sticking points has been standards over training and hiring – a flash point in departments around the country, as fire administrators seek to balance creating a more diverse work force with hiring candidates who are physically equipped for the job. However, it looks like the two sides have reached an agreement on hiring. The hiring process will be modeled after those in the Memphis Fire Department, where, according to Austin Fire Department Capt. Bob Nicks of the union's negotiating team, a "third-party industrial psychologist" will "design an entire process ... with the criteria that we're trying to select the most qualified candidate, reduce adverse impact, and the process must be able to demonstrate a high degree of validity." Nicks notes that "the chief will design the process" with the firm, while the union "will be very involved in the oversight and selection of the vendor."

With several other agreements reached, the parties are still seeking consensus on wages. Watts says they haven't focused on salaries yet, as they've been focused on noneconomic issues. And the other sore spot "that I don't think anyone anticipated," says Watts, "has been promotions." Promo­tions have been a vexing issue at the department since the advancements of lieutenants Richard Davis and Matt Orta to assistant chiefs (see "Kerr Draws EEOC Complaint").

Despite the expiration of the originally scheduled bargaining period and with only one additional negotiation scheduled with the mediator, both sides are optimistic about forging an agreement. And as Watts says, "It's pretty common when you have a mediator working with you, they don't want to schedule more than one meeting at a time – people don't get serious otherwise."

[Editor's note: A photo of the wrong person accompanied the original version of this story. It has since been adjusted to depict Austin Fire Department Capt. Bob Nicks.]