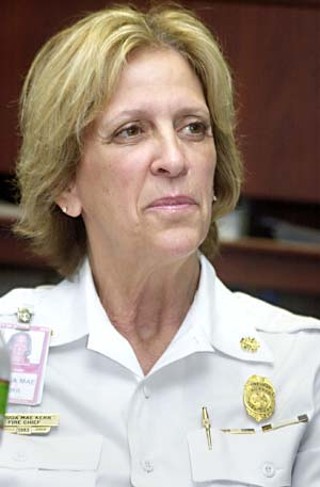 Controversy over Austin Fire Chief Rhoda Mae Kerr's diversity efforts continue to roil the department: Earlier this month, a charge of discrimination was filed with the Equal Employment Opportunity Commission, with the complainant alleging he was treated unfairly because he is white.

Fire Marshal/Battalion Chief Don Smith filed the complaint Oct. 9, following the springtime promotions of lieutenants Matt Orta and Richard Davis to assistant chiefs, promotions in keeping with Kerr and the City Council's efforts to diversify the Anglo upper echelon of the department. To Smith, the promotions represent, according to his complaint, a plan to "promote unqualified, minority employees ... above qualified, higher ranking employees." To that end, his complaint names Kerr, Davis, Orta, and several others, including an African-American recipient of a promotion that occurred before Kerr's arrival; Mayor Pro Tem Mike Martinez, along with the rest of the City Council; and African-American community leaders such as NAACP Austin President Nelson Linder and the Rev. Sterling Lands.

"Promotions based on race instead of personal qualification are hurtful to any profession," Smith's attorney David Rogers says. "Underqualified leaders that are admittedly green are especially hurtful in a public safety organization. The citizens receive inferior service in the emergency management business; lives are at risk."

Rogers isn't entirely optimistic about the complaint gaining traction. "It's very, very unusual for the EEOC to file a lawsuit based on your complaint," he says, "but it does happen on rare occasions." Still, he notes, "we could go forward by ourselves," whether the commission acts on the complaint or not. And while Rogers notes the EEOC can easily take upward of six months before making a decision, he adds he "wouldn't bet the farm" on waiting for the EEOC's decision before taking further action, like a lawsuit.

"These things happen," Rogers says of his client's claim of reverse discrimination. "The pendulum swings, and sometimes it swings too far; you gotta nudge it back into place." 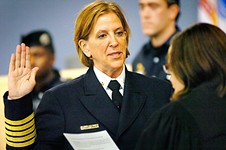 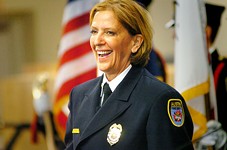