Refusing to throw in towel, prosecutors take another stab at death row inmate 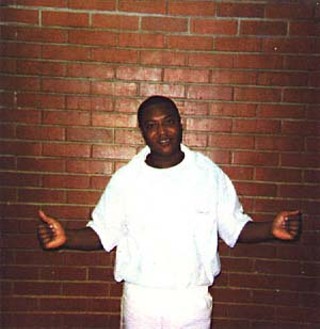 It's been 17 years since Bobbie Joyce Davis, her daughter, and four grandchildren were murdered inside their home in Somer­ville, about 70 miles east of Austin, and the home was set on fire in an attempt to cover the crime. It's been nine years since Robert Carter, the father of one of the children killed in the crime, was executed for his admitted role in the bludgeoning murders. And it's been three years since the 5th U.S. Circuit Court of Appeals overturned the conviction of Anthony Graves, who was sentenced to death for the murders based almost entirely on the word of Carter, who had fingered him as an accomplice. But if and when Graves will finally be retried for the crime remains unclear – and as time wears on, the state's case against Graves grows weaker and increasingly more disturbing.

Graves has maintained his innocence since the 1992 murders. He was tried in 1994, with Carter testifying to Graves' involvement. What Graves and his defenders did not know at the time, however, was that Carter had repeatedly recanted that assertion – both to Texas Ranger Ray Coffman, who was investigating the crime, and to then-Burleson Coun­ty District Attorney Charles Sebesta, who was trying the case. Indeed, Carter had recanted to Sebesta the night before testifying for the state against Graves. The 5th Circuit overturned the case in 2006, ruling that Sebesta had withheld statements from Graves and had elicited false testimony from Carter.

Since then the case has slogged strangely forward. Although Carter was executed in 2000 and is thus permanently unavailable to testify during any retrial, the state, through its special prosecutor Patrick Batchelor (who worked on the conviction of Cameron Todd Willingham, whose 2004 execution is now a matter of high-profile debate as a likely example of the state having executed an innocent man), sought to have Carter's likely perjured testimony allowed into evidence during Graves' expected retrial. How the defense could be expected to cross-examine a dead man is unclear – as is an explanation of how allowing that testimony into evidence wouldn't run afoul of Graves' Sixth Amend­ment confrontation right. Nonetheless, Judge Reva Towslee-Corbett (whose father presided over Graves' first trial) has said she would allow Carter's statements into evidence.

Graves' retrial date has been pushed back several times. And now, new developments have further derailed any hope for a "speedy" trial; Katherine Scar­dino, one of Graves' attorneys, says a Feb­ru­ary 2010 trial date is now also certain to be postponed to some unknown future date.

One sticking point is figuring out who will be in charge of trying the case for the state: Citing health issues, Batchelor has now filed a motion seeking to be removed from the case. An attorney from the Texas Attorney General's Office would be a likely candidate to take over the case, but at press time, the A.G.'s office had not responded to a request for comment.

Additionally, new "evidence" that the state is seeking to use against Graves will likely cause yet another pretrial hiccup. Specifically, prosecutors this summer brought in Fort Bend County Deputy Keith Pikett to conduct a "scent lineup" – a practice of dubious scientific validity that was recently the subject of a scathing report from the Lubbock-based Innocence Project of Texas. This type of lineup, with dogs supposedly matching a scent from a crime scene to a scent collected from a suspect, is junk science, the Innocence Project charges, while questioning Pikett's techniques in conducting the dog-led lineup. The procedure has indeed been implicated in a number of wrongful arrests and convictions. According to the report, released Sept. 21, Pikett has no formal training in the practice – nor does he apparently think any is necessary. Pikett has testified in court (in a matter unrelated to Graves) that there is no need for formal training or for scientific rules or protocols when conducting such lineups, and Pikett has rejected the importance of scientific studies regarding scent identification. Nonetheless, prosecutors across the state – including with the Texas Attorney General's Office – have relied on Pikett for "expert testimony" in a number of criminal cases.

In the Graves case, Pikett's dogs apparently "hit" on two items of clothing evidence taken from the scene of the 1992 murders – linking them to Graves' scent during a lineup conducted in a parking lot. But the validity of those results is hardly credible, says Scardino. For starters, the evidence was collected from a burned-out house 17 years ago and then was part of evidence that was "lost" for years, until the state finally found it among a host of evidentiary items that had been stored in a cell in the old and unused Caldwell jail. The notion that the evidence has not been compromised and that dogs could smell Graves on two of six items presented to them by Pikett is simply ludicrous, says Scardino. The "evidence was burned," she said, and Graves' "scent wouldn't be on evidence after it burned." Scar­dino said Graves' defense team has not yet filed a motion seeking to exclude the evidence but is likely to do so. Given Towslee-Corbett's rulings thus far, Scardino isn't confident that Pikett's evidence will be excluded. But if it's allowed, she said, the Graves team has a nationally renowned FBI expert who will take it apart in court.

To Scardino, the bottom line is that the state has no case against Graves but is going to extremes to pretend that it does: "It's junk science," Scardino said. "I am embarrassed and ashamed of my fellow lawyers who would agree to use that kind of evidence in a case where a man could die."