More of the same under Obama's new drug czar?

While those increases certainly aren't large, it is worth noting that, consistently, roughly 8% of the population 12 and up say they've used drugs in the last month, nearly 47% admit they've used drugs at some point in their lifetimes, and 41% say they've used pot. Those are hardly insignificant numbers – and there is good reason to believe those are actually low-ball estimates. As is often pointed out by NORML Deputy Director Paul Armentano, according to the Depart­ment of Health and Human Services' Sub­stance Abuse and Mental Health Services Admini­stra­tion, the survey is conducted in person by federal employees via "face-to-face interviews at the respondent's place of residence." In a 2004 AlterNet column, Armentano asked, "How likely is it that the average American drug consumer is going to truthfully admit to a representative of the federal government – one standing in their living room, no less – that they engage in illicit activity punishable by a lengthy prison term?" Moreover, the survey does not include all populations: Folks in jail, who generally have higher use rates, aren't surveyed; neither are military members on active duty, who generally have lower rates of drug use.

Nonetheless, these are the numbers we have to go on, and, even if they're low, they suggest one important thing: The war on drugs is at a stalemate. Of course that isn't for a lack of trying to win the endless war. Former President George W. Bush's so-called drug czar John Walters waged an all-out war on pot during his tenure as the fearless director of the White House Office of the National Drug Control Policy. He amped up the government propaganda about the evils of the devil weed, and during his time in office, the number of arrests for mere pot possession skyrocketed to an all-time record of 775,138 popped in 2007. "No drug matches the threat posed by marijuana," wrote Scott Burns, Walters' deputy director for state and local affairs, in an earnest letter to the nation's prosecutors in 2002. "Drug policy 'reformers' say that our anti-drug efforts, especially those of prosecutors and police, are doomed to fail. This is absolutely false," he continued. "We may never rid this country of every crack pipe or marijuana plant. However, research proves that we have made substantial success in reducing drug use in this country before, and with your help, we are doing it again." What a load of crap that turned out to be.

When President Barack Obama named Gil Kerlikowske as his administration's new drug czar, many drug reformers were (quite) cautiously optimistic. Kerlikowske had served as chief of police in Seattle and had come to Washington, D.C., with a reputation for being open to different ways of doing things – he'd accepted needle exchange in Seattle and duly implemented the city's policy to make pot-law enforcement the police department's lowest law enforcement priority. So far, however, Kerlikowske has been, sadly, more of the prohibitionist same. He said early in the year that he'd like to see the "war" taken out of the drug war and to see the nation's drug strategy focus more on treatment and demand reduction – worthy goals, indeed. But Kerli­kow­ske's honeymoon ended quickly when, in July, he dusted off a favorite line of drug warriors past: "Marijuana is dangerous and has no medical benefit," he told The Fresno Bee. 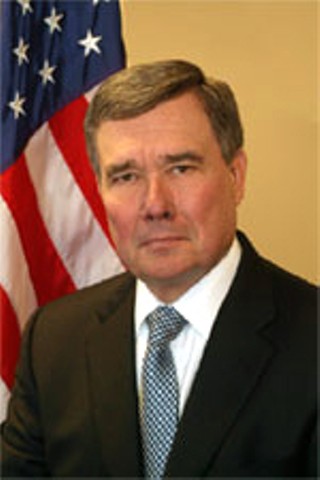 If drug-use and incarceration statistics mean anything at all, arresting and punishing clearly hasn't worked. So what does the future hold?

If we continue pretending that we can stop people from using drugs and insisting that our current approach – along with the countless millions it costs – actually works, then absolutely nothing but the same will result. Lives and families will be destroyed, and we'll continue to see drug use remain stable while arrests increase. But if we get real and finally – like an addict – admit that we have a problem and don't know how to fix it, we might finally be able construct a regulation scheme that creates revenue, shrinks the black market (and the violence that comes with it), and actually encourages public health and public safety.

One can always dream.

Survey includes Americans age 12 and older. Numbers in millions and % of those surveyed.

Reefer Madness
Prevention and Treatment: All Talk and No Money 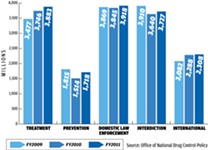