More precisely, Wyatt was dismissed (effective Sept. 14) by Cap Metro subcontractor StarTran after failing to meet a management-imposed deadline that he sign off on the company's Equal Employment Opportunity State­ment and Anti-Harassment Policy Statement and attend a training session on "proper conduct in the workplace," according to StarTran General Manager Terry Garcia Crews. In her letter to Wyatt informing him of the termination, Crews wrote, "This action will end all your benefits and healthcare coverage." Although Wyatt's current duties are as a full-time union officer (elected for his first of eight terms in 1986), he has been officially employed by Cap Metro as a bus driver since Jan. 13, 1978.

Crews told the Chronicle that the specific sexual harassment charges are a confidential personnel matter she cannot discuss, and Wyatt's attorney Glenda Pittman said that he has been provided only with a general summary of the charges, which is now "evidence in a private arbitration" – without precise details or the identity of his accusers. Pittman did describe the charges as "old and stale" and stemming from conversations with management employees in meetings mostly dating from 2008. 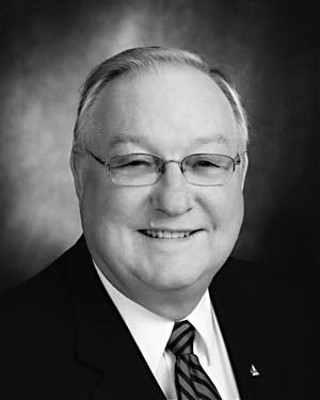 "What it really boils down to," said Wyatt, "is that I curse. ... These females said they were offended by cursing." Other than that, he said, the complaints stem from "joking around" at various meetings. The unidentified women, said Wyatt, are not his co-workers nor union employees but management employees of StarTran who earlier this year apparently filed complaints. Moreover, said Pittman, "They have typed off a summary. ... Jay can't even figure out, 'Was I even in the room, was I in the building, where was I when this allegedly happened?' ... They're giving him nothing with which to defend himself, and they're required to, under the labor agreement, and under the National Labor Relations Act."

Pittman also considers the timing of the complaints suspicious – coinciding with a National Labor Relations Board acceptance in April of unfair labor practice charges against the company (scheduled to be tried in October). "From the documents they have provided, in making this allegation," Pittman said, "those documents were made and prepared at exactly the same time that we were successfully pursuing these charges." Last week, the union filed additional unfair labor practice charges in connection with the new dispute, claiming (among other things) retaliation against Wyatt and unilateral imposition of discipline in violation of the existing collective bargaining agreement.

Asked about the charge of retaliation, Crews responded: "There's no correlation whatsoever. It's all about how an employee is to conduct him- or herself in the workplace. And this discipline would have been applied to any employee."

The union issued a statement calling the company's explanation "a pretext" for retribution against the union, and spokesman Bill Kweder said: "StarTran is not even waiting for an arbitrator's ruling on its allegations and its order, like our collective bargaining agreement requires it to do. ... The real reason that StarTran wants to fire Jay is that he is a successful advocate for StarTran's employees."

Asked for his reaction to the dispute, Cap Metro President Fred Gilliam said that he was not involved in Crews' decision but that he supported her action in dismissing Wyatt. "I'm disappointed that it came to this," he said, but he believes Crews had no choice but to dismiss Wyatt for refusing to comply with the subcontractor's company policy. "This has nothing to do with the labor agreement," said Gilliam. "This is about proper employee conduct in the workplace ... only with Jay's personal conduct."

Wyatt said that he has received "100 percent support" from union members and charged that Crews has taken similar actions against union officials in her previous managerial stints in Lexington, Ky., and Nashville, Tenn. In sum, Wyatt said, "Fred hired her because she is a union-buster."