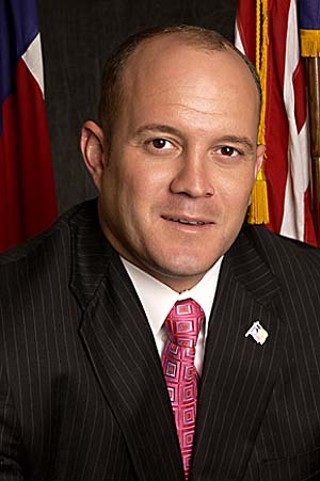 Edward Johnson has departed the Texas Facilities Commission, where he served as a change-agent during his four years as its executive director. TFC Chair Betty Reinbeck praised Johnson for bringing "great vision and leadership to the agency." Stepping up as interim executive director is Thomas Forrest, who joined TFC in May 2008. Forrest formerly served the city of Austin as assistant director of Public Works and assistant director of the former Transporta­tion, Planning & Sustainability Department, where his responsibilities included land-use planning.

Johnson said the break between legislative sessions offered an opportune moment to go into private practice. He's now exploring opportunities in partnership with John Trube, a development consultant and former Buda mayor who's on the board of directors of the Alliance for Public Transportation. Their consulting work could include projects for the state, said Johnson, provided there's no conflict of interest. He hopes to prioritize projects involving next-generation building technologies that reduce energy use – aligned with the goals of the Pecan Street Project, for example. Among his greatest achievements at TFC, said Johnson, was getting the state to adopt a long-term planning strategy that prioritizes better designed, high-performance, energy-efficient, and sustainable buildings. Forrest will continue on that track.

What about Johnson's vision of a New Urbanist state campus housing 9,000 state workers – sited along future rail transit on the SH 130 corridor? (See "Developing Stories: The State Eyes an Eastern Campus," May 15.) Johnson said he remains involved and optimistic that the project will happen, because it makes financial sense: About 50% of state offices are in leased space scattered around Travis County. He's continuing to talk it up with leaders. "We're excited about the prospect of it happening," Forrest said of the SH 130 campus project, although it saw no action or appropriations in this year's legislative session.

Forrest is likely to be named TFC's permanent director. He shares Johnson's New Urbanist leanings – under his leadership, the agency could become increasingly aligned with the Downtown Austin Plan and other city planning efforts. He would like to see TFC further advance Johnson's plans for revitalizing the Capitol Complex and its buildings (including reskinning the exteriors) and creating a surrounding mixed-use, transit-oriented district. Forrest said he recently joined a bicycle tour organized by CNU-Central Texas to look at opportunities to rethink streetscapes along the Waller Creek corridor and Waterloo Park. Reconceiving the Capitol Complex area will require partnership with the State Preservation Board, he noted, and an "everybody's on board" green-light from the speaker of the House, the Governor's Office, and other state leadership. No wonder it's taking so long. 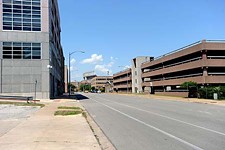