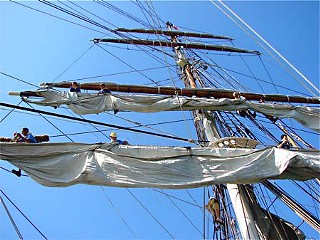 The mighty 1877 Tall Ship Elissa unfurls its sails and greets the gulf wind on its first post-Ike sail out of Galveston Bay, March 2009. (Photo by Kate X Messer)

Imagine that a year ago, a natural disaster had devastated more than 75% of Austin. Imagine that 110-mile-per-hour winds took out most of Hyde Park, the Eastside, and the SoCo neighborhood and leveled all new construction. Imagine 100-year-old oaks unsalvageable after soaking in floodwaters. Imagine the same water saturating Downtown, rendering business impossible for months on end, putting at risk Austin's most treasured historic structures. Imagine everything along the shores of our chain of lakes wiped off the face of the earth.

Those of you who could make it back home after evacuation would still be knee-deep in months of dealing with erratic utility service, bureaucratic red tape, and fraudulent carpetbaggers posing as skilled tradespeople. Still you plug away – filling out endless forms, restoring your property, helping neighbors ... all the while trying to maintain the drive to survive. 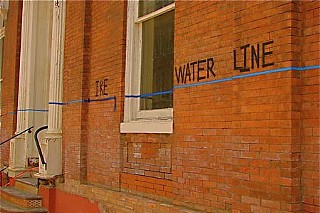 And here you are: One year later.

What would be our signs of recovery? How would we mark our rebirth? The reopening of Antone's, perhaps? The first aria heard at the Long Center? The first glint of sunlight reflected off the sturdy and surviving Capitol dome? The FEMA trailer that you lived in for the better part of nine months finally being hauled away?

One year ago this week, on Sept. 13, 2008, the third most destructive hurricane in U.S. history hit the eastern part of Galveston Island. Despite causing overwhelming damage – virtually clear-cutting the Bolivar Penin­sula, ushering a 20-foot storm surge onto the island, then wreaking devastation as it roared north to Houston – Hurricane Ike was summarily shoved off the national news cycle. (Among the popular distractions, we can thank the global financial crisis as well as a little storm named Sarah Palin.) The people of Galveston, of course, could not look away – they were familiar with hurricanes, but their island had not seen this scale of misery since the Great Storm of 1900. Construction begins anew at the site of the Ike-demolished Murdoch’s Bathhouse pier in Galveston, April 2009. (Photo by Kate X Messer)

"I think that all of us were in a state of shock after Ike. ... The damage was so widespread," said Galveston Mayor Lyda Ann Thomas. (See "Q&A: Austin's Coastal Neighbors" for a full interview.) "We've had storms in Galveston forever. People left with the expectation of coming back within a couple – maybe three – days. What happened really crushed the citizens. ... We had no water, no power, no gas, no grocery store, no drug store, and certainly no medical care. Public health officials from Washington and from Austin said to me: 'Your citizens cannot come back.' Well, I had to say, 'You can't come home.' And they couldn't come back until about 10 days after the storm."

A significant portion of the population of Hurricane Ike evacuees remains unable to return home – about 17,000 of the island's previous 57,000 (according to the Galveston Island Convention & Visitors Bureau), almost one third of the population. But many have come home and are shouldering efforts to restore their own lives as well as the whole community. According to an editorial in The Galveston County Daily News, Galveston County suffered 30,000 damaged homes, 4,600 occupied by low-income residents. As residents returned, entire neighborhoods began to reemerge, in hybrid fashion – row upon row of white government trailers in front of gutted homes patched with the familiar blue FEMA tarps. As distressing as those signs were, they heralded repair and reconstruction. "The Galveston spirit that was in evidence after the 1900 storm is alive and well on this island," said Thomas proudly.

Galveston Island's first large-scale sign of restoration came in December, only three months after the storm. The annual Victorian-themed Dickens on the Strand is the main fundraiser for its host, the Galveston His­tor­ic­al Foundation. For Texans familiar with the fest and aware of how badly the storm surge affected the Strand area, the party was as surprising and inspiring as New Orleans' first post-Katrina Mardi Gras. 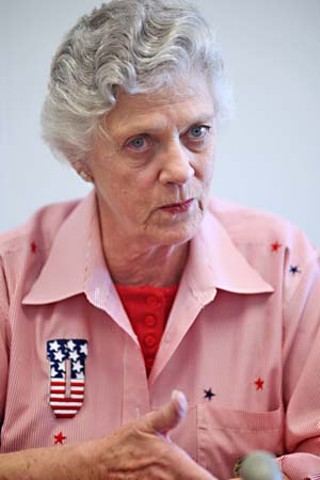 And just as Austin was gearing up for 2009's South by Southwest, the island had thrown its first post-storm Mardi Gras. Soon after, the GHF scheduled the first sailing of the beloved 1877 Tall Ship Elissa since the storm nearly sank the pier system at which she docks – the sight of her unfurled sails cutting across Galveston Bay inspired hope. The reopening of the island's historic Grand 1894 Opera House, the return of the Old Quarter Acoustic Cafe, and the 98th birthday celebration of the majestic Hotel Galvez this past June generated similar optimism, as did the $10 million beach reclamation project, which spread 500,000 cubic yards of beach sand to protect the beleaguered Seawall.

For many islanders, true comfort came with the return of popular haunts. There's nothing better for the blues than a cold margarita and a plate of hot enchiladas at a favorite restaurant. The reopening of the Original Mexican Cafe at 14th and Market was salvation to many, as was the long-anticipated June opening of popular mom-and-pop Greek restaurant Olympia Grill's upscale harborside sister, the Olympia Pier Twentyone, originally planned to debut in fall of 2008.

In April, the Galveston City Council adopted the initial 42-point plan laid out by the Gal­ves­ton Community Recovery Committee, addressing crucial infrastructure issues with implications stretching from disaster mitigation to capital improvements to work force development to a tourism master plan and beyond. The committee has made exhaustive recommendations regarding the best utilization of Galveston's share of hundreds of millions of dollars in federal funding; stimulus projects in law enforcement, EMS, and tree removal; and $1.3 billion in community development block grants.

This week, Galveston marks the anniversaries of both Hurricane Ike and the 1900 Storm. Commemorations began Tuesday and continue through the weekend, with numerous concerts, a street party, a torch relay, open houses at the Galveston Railroad Museum and Galveston State Park, showings of the Ball High School film Ike: A Docu­ment­ary, and a fireworks display. (See more at www.galveston.com/ikeanniversary and www.recoverygalveston.org.) When the Sun Rises
In the aftermath of Hurricane Ike, a group of teenage filmmakers galvanizes the tales of its island