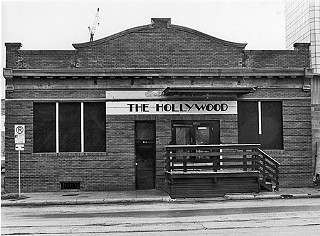 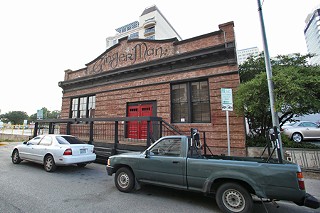 Wrecking-Ball Ready: This 1912 warehouse (which housed the Ginger Man pub for 15 years) was recently approved for a "partial demolition" city permit. According to Austin Historic Preservation Officer Steve Sadowsky, that means that only the street facade must be preserved, to be incorporated into a Gables Residential high-rise planned for the site. (An application for complete demolition would have gone to the Historic Landmark Commission.) Due to the recession, the building still stands; meanwhile, the Ginger Man has moved around the corner, to 301 Lavaca. The pub's owners may use the old warehouse as a live-music venue until Gables moves forward.

As the Hollywood, this building was among the district's pioneering entertainment venues. 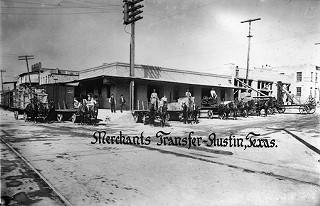 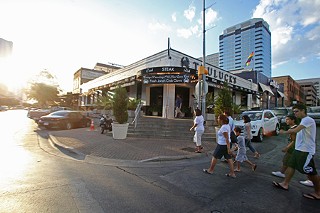 One Building, Many Lives: Since 1999, this signature warehouse at the corner of Fourth & Colorado has housed Truluck's, attracting seafood lovers to the district. But it began life around 1912 as the Merchants Transfer warehouse, where goods delivered via railroad were transferred to merchants' horse-drawn wagons. By the 1920s, it housed wholesale produce and poultry businesses, among other things. After 1927, it served the Piggly Wiggly grocery stores, then H-E-B until the 1940s. It next became a paper warehouse, until the early 1980s, when it was renovated to serve as offices for Schlotzsky's restaurants. The adaptability of the warehouse form is one strong argument made for preservation – and for a form-based zoning code. 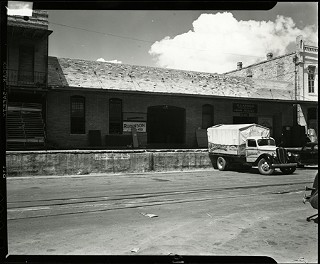 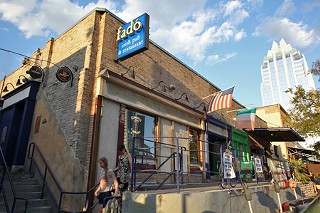 The building now inhabited by Fadó Irish Pub – which sits between neighbors Halcyon to the west and Saba Blue Water Cafe, Cedar Street Court­yard, Péché, and Truluck's to the east – was originally a railroad freight warehouse for the Austin Mercantile Co. and later served Yellow Transit Freight Lines Inc. 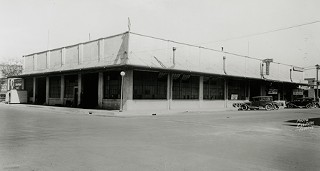 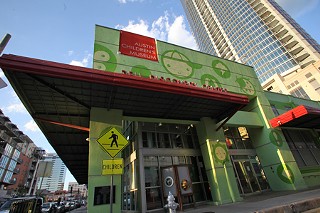 Recognize the Austin Children's Museum? Built in the 1920s, the warehouses at Colorado and Second were in use, at the time of this 1933 photo, as J.M. Puryear's OK Garage and, at far right, Sam Martin's hardware store. 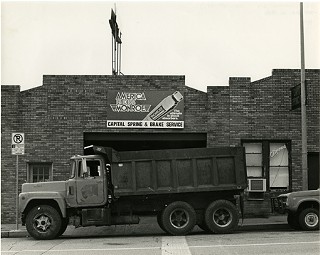 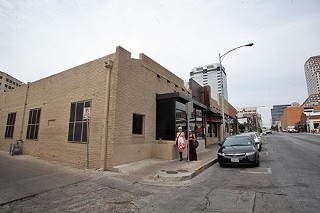 Originally the Burkhalter Building, today Imperia restaurant, this warehouse was home to Capital Spring & Brake Service in this 1979 image.