Race to the Judicial Starting Line

Judicial candidates emerge with the primary six months away 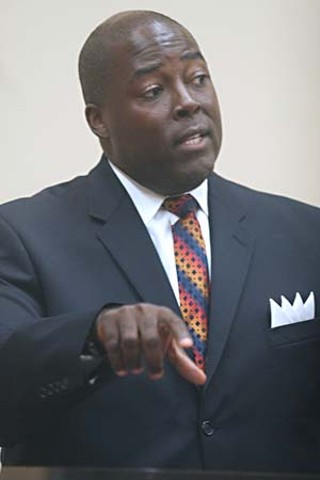 Although we're still more than six months away from the 2010 primary elections, the jockeying to fill the seat of at least one retiring Travis County felony court judge has already begun in earnest. After 20 years on the bench, District Judge Wilford Flowers, a former county prosecutor, will retire from his seat next year – and already there are at least two Democratic contenders in line to take his place.

Cliff Brown – who has served both as a criminal defender and as a county prosecutor (assigned to Flowers' court) and has been serving as Austin's appointed police monitor since 2007 – will kick off his election campaign on Sept. 2 with a meet-and-greet at the Belmont on West Sixth (www.cliffbrownforjudge.com). According to his first campaign finance filing, Brown has already racked up an impressive campaign kitty ($10,250 in contributions, including $1,000 from the wife of attorney Pat McNelis, law partner of former Travis County district attorney candidate Mindy Montford, whom Brown already counts among his supporters). He has an interesting roster of supporters to go with it, including Travis County Sheriff Greg Hamilton, a handful of prosecutors (including another former D.A. candidate, Gary Cobb), former Austin City Manager Toby Futrell, yogurt shop defense attorneys Carlos Garcia and Dexter Gilford, and former Chronicle city-beat guru Mike Clark-Madison. 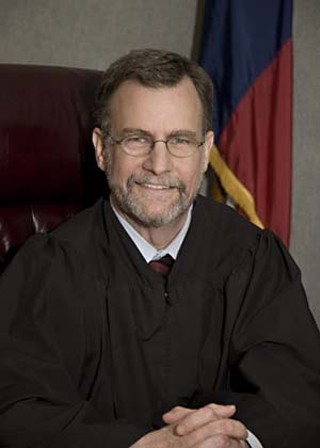 Also in the running – though not officially – is longtime County Court at Law No. 3 Judge David Crain (www.draftjudgecrain.com), who has been elected to the county's misdemeanor bench five times. Because of Texas' resign-to-run law, Crain cannot officially announce any intention to run until January – to do so now would mean he'd have to step down from the seat he now holds. But that doesn't mean his supporters aren't already lining up to get his name out there – and put money in his coffers. According to the most recent campaign filings, the Friends of Judge David Crain PAC has $17,034 on hand to support its candidate for the 147th District Court bench. Indeed, Crain's list of supporters features a plethora of courthouse heavy-hitters, including veteran defense attorney Roy Minton (along with the other principals in Minton, Burton, Foster & Collins), former county attorney Ken Oden, legal ethics and malpractice expert Charles Herring, and UT constitutional law professor Jordan Steiker. Speculation that Crain will jump from the county court ship early next year means his seat would also open up, a prospect that has already attracted associate Municipal Court Judge Olga Seelig to throw her robe into the ring (www.olgaseelig.com). Seelig has a compelling personal story – teen mother who went to cosmetology school to support her young daughter and later ended up at UT Law, before joining the Travis County Attor­ney's Office and then moving into private practice – and has attracted a fair number of both supporters and cash: She has already raised more than $19,000 for her campaign, including support and money from former Texas Monthly Publisher Mike Levy (he gave $250), a donation from Municipal Court Presiding Judge Evelyn McKee ($100), and the public support of other city notables – including local American Civil Liberties Union chapter Presi­dent Debbie Russell, Sheriff Hamilton, and lawyer Lulu Flores, formerly the chief of staff for former state Rep. Irma Rangel and candidate for state representative.

Whether any Repub­lic­an challengers will emerge against the all-blue Travis Co. bench remains to be seen, but it's likely that the races to fill the 147th and Court at Law No. 3 seats will be decided in the March Dem primary. 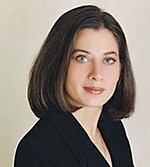