Cause of Brees' Death Still Unknown 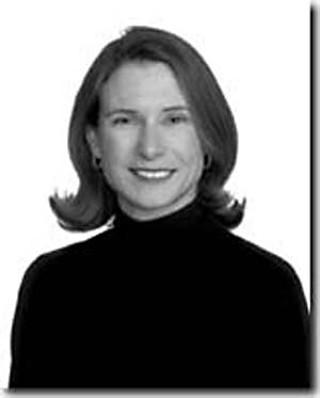 Autopsy results for Austin attorney Mina Brees were still pending at press time Wednesday, and the coroner for Grand County, Colo., said the investigation could take eight to 12 weeks to complete. A memorial service for Brees, who was cremated, is scheduled for Monday.

Brees died suddenly, late last week during a visit to Colorado, just days after the Texas Attorney General's Office launched an investigation into letters she sent to dozens of popular Austin and Houston restaurants, informing them that her client, Chicksports Inc., had acquired the legal rights to their business names and offering to sell the names back for $20,000 to $25,000. (See "Waiter, There's a Lawyer in My Soup," Aug. 7.)

Brees' attorney, Wayne Meissner, said Monday he was working toward a resolution with the A.G.'s Office. "In view of the tragedy, we're going to continue to cooperate with the Attorney General's Office and resolve any outstanding issues as soon as possible," Meissner said. "We're all going to miss Mina."

Brees, the mother of New Orleans Saints quarterback Drew Brees and former president of the Austin Bar Association, had recently completed a five-month teaching stint at the Institute of International Relations in Ukraine as part of the U.S. Department of State's Fulbright Program. During her stay, Brees kept up with family and friends through Facebook, where she regularly posted photos and cheerful updates on life in Eastern Europe. After completing the program, she and her husband, Daniel "Stump" Sowada, visited other European countries. Brees posted photos from cities in Greece and Spain, where she looked to be having the time of her life, happy and fit at 59. The couple returned to Austin around mid-July.

Chris Elliott, former chair of the Travis County Democratic Party, recalled last seeing Brees shortly before she left for her overseas post. "She was excited about that and looking forward to her [teaching position] in the Ukraine," Elliott said, adding she appeared "a lot more confident" than the last time he had seen her – election night 2006, after she had lost her race for a seat on the Texas Court of Appeals. The campaign had been hobbled by her QB son's public airing of strained relations with his mother. He demanded that she remove a TV ad she was airing that included a photo of Drew dressed in his San Diego Chargers uniform. "I was struck by how hard she took the loss," Elliott said. "I felt like she thought the issue with Drew had cost her the election." Elliott is convinced the mother-son dustup wasn't a factor in the race, given that she and two other Democratic candidates also lost to incumbent Republicans, although Brees lost by the largest margin.

Another candidate in the race, Bree Buchanan, now the executive director of Annie's List, recalled Brees' strengths as a campaigner. "She was incredibly conscientious and dedicated to meeting the goals she set for herself," she said. "She threw herself into that race." Early in the campaign, Brees suffered a heart attack, requiring open heart surgery to remove a benign tumor. Brees, who hails from a family of athletes, made a quick rebound after the surgery. "She was up and running again," Buchanan said. As campaign season began its final roll to election day, Buchanan said she was with Brees in Georgetown when she received word about her son's demands to pull down her TV ad. "She was not angry," Buchanan recalled. "She was crushed." Though the two women formed a close bond on the campaign trail, Brees and Buchanan eventually drifted apart after the election. Buchanan said she was shocked when she read about Brees' recent legal controversy. "I was completely flummoxed," she said. "Maybe I should have picked up the phone and called her." 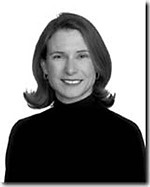 Waiter, There's a Lawyer in My Soup
Austin attorney blasted for trying to extract money from several restaurants