"What I like to say is, we're not entirely ready to close down the ACLU offices and put up a 'Mission Accomplished' banner."

That was American Civil Liberties Union Pres­ident Susan Herman, asked last week for her thoughts about the status of civil liberties and human rights under the Barack Obama administration, after eight years in the wilderness of the Bush era. Herman was in town to speak to the annual meeting of the Texas ACLU; we talked at the local office about the role of the organization in altered circumstances.

Herman said that while she's disappointed that the new administration has not moved as quickly as she had hoped on its promises of change, she sees the record so far as a mixed bag. "President Obama really started wonderfully," she said, and his promises were even in accord with the ACLU's Restore America campaign "to restore American values and put things back where they should be."

"On day one," she continued, Obama "signed executive orders saying he did intend to close Guan­tá­na­mo, that he intended to stop using torture, and that he intended to have the government remain more open. We couldn't have been more pleased." Indeed, said Herman, New York lawyers who had long been defending Guantánamo inmates hosted a party in response to Obama's promise to close the indefinite detention center.

But as the months have dragged on – and the closure has been delayed by the administration and blocked by congressional opposition – further celebration is on hold. "It all started well," Herman said. "We're just concerned that he's not following through. ... I think it's much easier to keep the status quo going than to change, because if you change, then it would be hard to change back the other way again. My hope is that he is just going slowly." Other than pointing to major administration preoccupations such as the economy and health-care reform, Herman preferred not to guess why Obama has dragged his feet on dramatic changes in the human rights arena.

"It's very hard for me to speculate why. I can express our disappointment. The ACLU is not partisan. We did not support either candidate, and Pres­ident Obama is now discovering that the ACLU really is nonpartisan."

Herman discussed a few of the major disappointments thus far in getting the administration to take concrete steps away from Bush policies. "One of those areas is secrecy," she said. "In January, very shortly after [Obama] took office, we had a case in the 9th Cir­cuit that involved extraordinary rendition, on behalf of a man named Binyam Mohamed. The case was against Jeppesen Dataplan, the organization that was involved with all the flights that were taking people over to other countries where they were being kidnapped and tortured. [Mohamed was flown from Paki­­stan to Morocco, where he was tortured for 18 months.] The Bush administration had been arguing that the case could not be litigated because of the 'state secrets' privilege. ...

"It was a tremendous disappointment when the Obama administration lawyers arrived in the 9th Circuit, and the judge asked them, 'Has anything happened that would cause the government to change its position in this case?' The government lawyers said, 'No, your Honor,' and the judge was surprised. ... But ultimately, that court ruled that the litigation could proceed."

Herman cited other cases where Depart­ment of Justice lawyers unashamedly picked up where the Bush lawyers had left off, from particular issues such as visa approvals to larger questions of freedom of information and accountability for prior transgressions. The administration said at first it would release unclassified photos, reportedly confirming torture, then reversed itself, and it's been timidly avoiding its responsibility to investigate wrongdoing. "President Obama has been taking the position that he would rather turn the page, shut the book, and just move on – and never mind what happened before. ... Attorney General Holder says he's considering whether or not to have a fuller investigation of what happened during the last eight years and whether or not Americans have engaged in what you would have to count as torture. We fully endorse having fuller investigations, a special commission, or Congress itself – because we can't move ahead until you look back to see what's happened."

The Task Remains the Same

There have been a few small, positive signs. Recently a Washington, D.C., court ordered the release of Mohammed Jawad, a teenager captured in Afghanistan, tortured to confess to a grenade attack on U.S. troops, and imprisoned in Guantánamo for nearly seven years, despite what even the military prosecutor considered insufficient evidence acquired through coercion. Initially it seemed the administration might defy the court order; now DOJ lawyers say they may bring criminal charges against Jawad in the U.S. – amid larger efforts to find a U.S. site for the remaining prisoners and to sort out the handful of serious criminal suspects among dozens or hundreds of innocent detainees. Meanwhile, U.S. judges reviewing Guantá­na­mo cases have found a large majority to be based on inadequate evidence. "In the 33 cases adjudicated," The Washington Post noted this week, "judges have ruled in favor of detainees 28 times. In many of these matters judges noted – often emphatically – that the government failed to provide substantial evidence to justify detention, let alone continued detention."

On government secrecy, on torture, on accountability – the ACLU has called for a special prosecutor to investigate and "follow the evidence wherever it may lead" – Herman acknowledged: "There is reason for ample disappointment. It seems President Obama has a very good understanding of the issues, [but] he's not following through."

Herman added that, for those who support civil rights and the rule of law, the task remains the same. "A lot of people voted for Obama because they had come, over time, to understand things that the ACLU has been talking about for decades: what's wrong with government secrecy, what's wrong with having too much power vested just in the president, what's wrong with too much government surveillance, with not having a sufficient check from the courts. People came to see how those things were problems.

"I think people supported Obama because they wanted a change; so my view, what the people should be doing now ... is joining the ACLU and continuing to press Obama to follow through, to make the change. That's the reason so many people did support him, because they wanted things to change, in restoring our values."

Amid New Immigration Policies, Local Attorneys and Immigrants Navigate a Broken System
Lawyers say the system has been thrown into "chaos" 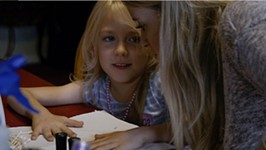