Austin lost one of its most prominent philanthropists and activists on July 9 when Lowell Lebermann died in Aspen, Col., at 70. He leaves a legacy that touches the city and the university he loved, as well as the Democratic Party in which he played a pivotal administrative, fundraising, and campaigning role. Texas Democratic Party Chair Boyd Richie called him "a true leader in his community," and said, "Lowell was dedicated to improving his community one election at a time."

A memorial service will be held at 2:30pm today (Thursday, July 16) in the auditorium of the Lyndon Baines Johnson Library and Museum, 2313 Red River.

The president of the Centex Beverage Inc. beer distribution company, Lebermann served as a member of Austin City Council from 1971 to 1977. Afterward, he remained deeply involved in policy, from sitting on the Central Texas Regional Mobility Authority to serving as vice chair of the steering committee of Citizens for a Healthy Travis County, which successfully campaigned in 2004 for the formation of the Travis County Healthcare District.

He also played a key role in Democratic Party politics at state and national levels, including a stint on the executive committee of the Democratic National Finance Council. He helped kick-start the careers of many noted Democrats, including former Travis County D.A. Ronnie Earle, former state Sen. Gonzalo Barrientos, and Rep. Mark Strama, D-Austin, who said, "I will miss him as a source of wisdom and inspiration."

Beyond the political sphere, Lebermann was also an environmental and civic advocate, spearheading the anti-coal group Texas Business for Clean Air and serving on the board of the National Wildflower Research Center (now the Lady Bird Johnson Wildflower Center). A UT Plan II graduate, Lebermann remained deeply involved in campus affairs, holding several positions with both the university and the Texas Exes, including six years on the UT System Board of Regents. While blind for most of his life, Lebermann was a keen supporter of the visual arts, championing the foundation of the Long Center, the restoration of the Paramount Theatre, and the passage of the city's pivotal Landmarks Ordinance. Former Mayor Bruce Todd said, "Although he had lost his physical ability to see, he had better insight into people and politics than almost anyone I've ever known." 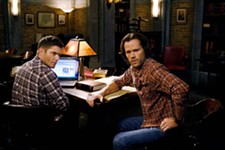