What a difference a day makes. Or even less than a day.

On the morning of June 26, Austin Rep. Lloyd Doggett was denouncing HR 2454, the American Clean Energy and Security Act. That put the loyal Democrat in line with the rest of the Austin delegation, all of whom are Republicans. But by the end of the day, he was holding his nose and voting for the bill.

The Republicans' objections to the resolution were predictable, mostly focused on the effect it would have on the existing energy companies, taxes, and job loss. District 10 Rep. Michael McCaul warned the act "will create a National Energy Tax, cost millions of Americans their jobs, and sends 'polluting' industries to countries with less environmental regulation" and called the bill "a failed European model that we shouldn't import into the United States." Similarly, District 21 Rep. Lamar Smith said: "In Europe, cap-and-trade policies have raised energy prices on consumers and put companies out of business. The decrease in carbon emissions has been negligible."

"Vital authority for the EPA is stripped, but 2 billion additional tons of pollution are authorized every year forever. Residential consumer protection is incredibly entrusted to the mercy of utility companies. Exempting 100 new coal plants and paying billions to Old King Coal does indeed leave him 'a very merry old soul.' This bill is 85 percent different from what President Obama proposed just a few months ago."

That evening, he wasn't exactly singing a different tune, but he had at least changed key. "I'm voting for final passage," Doggett said. "I've been listening to the debate, not so much to those who support a bill that I'm not all that enthusiastic about, but listening to the flat-Earth society and the climate deniers and some of the most inane arguments I have heard against refusing to act on this vital national security challenge. ... I believe there is still some hope to make improvements once it gets out of the House – better to have a seat at the table to try to influence the change that is needed in this legislation."

"This is a classic example of when something is better than nothing," Doggett told the Chronicle. "This was right on the line. My opinion of this bill did not change, but my response of what to do about this bill did."

Doggett said the night before the vote, he met with President Obama and made it clear he was not a supporter of the bill. The next day, he met with Sen. Barbara Boxer, former Vice President Al Gore, and bill spon­sors Reps. Henry Waxman and Ed Mark­ey. "I reached the conclusion by the slightest of margins that I might have the ability to influence this as the bill moved forward," Doggett said.

Doggett said his vote change was not the result of any threats. "Most folks that know me know that nothing would push me further to the other side than that." Asked if he asked for anything in exchange for his vote – which was crucial, as it passed by a slim 219-212 margin – he said not in the usual horse-trading sense, but he did press for his concerns to be addressed. "In the course of those discussions, the prospect that I might serve on the conference committee was raised, and I think there's a good chance that might happen," he said. "We started out with a bill introduced weak and which steadily got weaker. As a conferee, the best that might be accomplished ... may be to just stave off further weakening, although it's inconceivable how this could get any weaker." 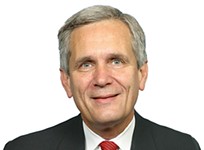 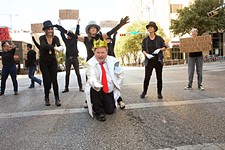