Tweet
print
write a letter
Shortly after a June 18 press conference announcing the proposed creation of an Austin music department, which the City Council was scheduled to vote on later that day, word came that the Austin Police Association had raised questions about funding for such an endeavor. How can the city afford to create a new department, APA officials wondered, when union members were considering giving up pay raises in deference to a budget shortfall?

City Council members do not take lightly the concerns of the APA, whose political action committee is a reliable campaign donor during election years. When the council reconvened after the press conference, Sheryl Cole made a motion to delay action on the music matter until Aug. 6, "because of some concerns about the financial implications." There was no mention of APA's involvement in the delay.

"It was all very, very late-breaking," said Laura Morrison of the quiet chain of events leading to the unexpected postponement. Morrison, along with Mike Martinez and Randi Shade, sponsored the music item that was intended to address and streamline a number of music-related issues, from the club permitting process to the sound ordinance to ensuring a healthy coexistence between the music industry and the community.

Unconfirmed reports blamed a local radio call-in show for the last-minute dustup when it accused the city of throwing its dollars away on music instead of providing adequate funding for public safety.

APA President Wayne Vincent, who was scheduled to meet with Morrison on Wednes­day, is quick to note that the police union has nothing against music. "It's not the music department or the music community per se," he said of the association's dismay over the agenda item. "My big concern was that we're stepping up and talking about deferring a pay raise." Funding a new department "sends a mixed message," Vincent said. "Either we have funding or we don't have funding."

Morrison said the new department would be a component of the Austin Convention Center Department and would consist of only two employees. Funding would come from the hotel-motel bed tax, not the General Fund that pays for the city's basic services. She said the actual dollar figure to finance the department is still uncertain but that it would be well below the $330,000 estimate included in City Manager Marc Ott's initial report to the council several weeks ago. "We saw this as a good way to start a skin and bones, lean and mean music department, with just two employees," Morrison said.

In any case, the slowdown provides an opportunity to clear the air on how the new department would pay for itself. "The folks involved need to make sure everyone knows where the funding is coming from," said Danette Chimenti, president of the Austin Neighborhoods Council. Chimenti had shown up at last Thursday's council meeting as a supporter of the music department and had expected to leave with a feeling of shared accomplishment. "I've been working with the music community and was supporting the music department as a means of fostering a better relationship between neighborhoods and the music industry," she said. 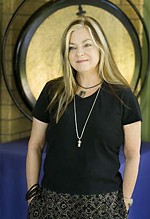 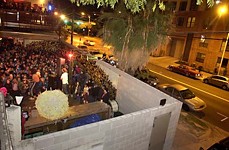