Special Session Is the Only Thing That's Certain

The when and the what are still unknown 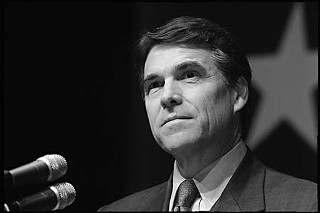 As lawmakers and their staff start thinking about booking their summer vacations, there's a cloud hanging over their heads: There will be a special session, and it will take place in the state Capitol sometime before 2011. Beyond that, most details are pretty much speculation.

Although he has not issued the official call for a special session, on June 9 Gov. Rick Perry confirmed that one is inevitable. He has said his preference is that it is short and "sooner rather than later." That's not as easy as it sounds: While the Texas Constitution caps special sessions at 30 days, there's no obligation for lawmakers to get anything done. In 2003, Perry had to call them back three times to get the redistricting reforms passed that he wanted.

Until Perry issues a formal call, the exact what and why of a special are still in the air, but there are two major issues forcing his hand. Firstly, the failure of the Senate to pass House Concurrent Resolution 291, the last-ditch attempt to extend the Sunset dates for five state agencies (the Department of Transportation, Department of Insurance, Office of Public Insurance Counsel, State Affordable Housing Corporation, and Racing Commission). Because the resolution failed to pass, the agencies are supposed to begin a one-year wrap-up process starting Sept. 1 and completely cease operations on Sept. 1, 2010. The day after the session ended, Perry told reporters, "I want to assure our citizens and the employees of these agencies that Texas will continue to build and maintain roads, regulate the insurance industry, and provide essential services." However, after consulting with his staff and attorneys, it became clear that the only path to getting these agencies back on track is to bring lawmakers back to Austin.

The reason the Senate didn't even debate HCR 291 was the failure of the House to pass Senate Bill 263, allowing TxDOT to release $1 billion in bonds a year from 2010 to 2014. Without those bonds, many "shovel-ready" projects could suffer or be canceled. By letting the Sunset resolution fail, the Senate made sure legislators would be back and the bonds could be discussed.

Now the guessing game centers on exactly when Perry will make the call. Most observers believe it will be in early summer, keeping it out of this fall's primary campaign season. That said, there are several complicating factors:

1) Perry would not bring lawmakers back before the veto deadline of June 21, otherwise they could override his red pen.

2) There is a series of dates he'll want to avoid, such as the July 4 holiday, Lt. Gov. David Dewhurst's upcoming wedding, and the National Conference of State Legislatures, which takes place in Philadelphia July 20-24.

3) If new enabling legislation for the Sunset-imperiled agencies is not passed rapidly, their legal status could be in question. Before sine die, Sen. Eliot Shapleigh, D-El Paso, raised concerns that a TxDOT in midwindup would not exist enough as a statutory entity to receive federal stimulus money.

The presumption is that the Sunset bills and the TxDOT bonds will be the session's main drivers. According to Senate Trans­porta­tion & Homeland Security Committee Vice Chair Kirk Watson: "That probably covers the basic legal bases we need to touch to keep the state running for two more years. But honestly, I feel like there's still a lot of unfinished business and missed opportunities that Texans would like to see taken care of."

It's up to Perry to define what the agenda will be, and he can add issues. In 2005, after lawmakers reached an impasse on school finance reform, Perry called them back twice and added judicial pay and telecoms regulation for the second special. Lawmakers already have their wish lists; Watson has said he'd like local transportation funding, renewable energy, and children's health insurance on the call. When unemployment insurance compliance legislation failed to make it out of the House, Rep. Mark Strama, D-Austin, said he would like to see the issue revisited in a special, to assist "the 200,000 unemployed Texans [and] the thousands of businesses that are going to be responsible for the $800 million tax increase that they will suffer because of our failure to draw down the stimulus money." Meanwhile, conservative Republicans like Rep. Linda Harper-Brown, R-Irving, have made no secret that they'd like voter ID back on the table. But House Democratic Caucus Leader Jim Dun­nam, D-Waco, countered that he'd like to see the governor call members back for "homeowners insurance reform [or] college tuition: things that are really important to people and not just things to get a partisan advantage."

Special Session: In and Out in a Jiffy
Lawmakers passed two key bills – then they went home