The Battle Over This Old House

When property rights collide with the Hyde Park Neighborhood Association 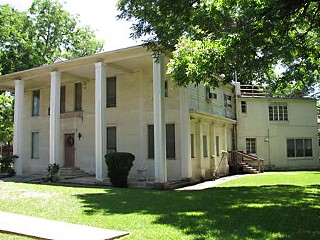 Even after reaching an impasse during a grueling mediation process late last year, both parties in a historic Hyde Park zoning dispute have agreed to take six more months to try to reach a settlement agreement ­– or else square off in a December trial. At this writing, a trial may be the only way to settle the emotionally charged debate pitting historic preservation against property rights. Until then, the six-month cooling-off period provides a reprieve of sorts for the Hyde Park Neigh­borhood Association, which last month secured a temporary restraining order to block the demolition of a 100-year-old home at 4213 Avenue G. Property owner Helen Nohra and her now-grown children have owned the Bradford-Nohra property for more than 60 years. They want to bulldoze the time-worn neoclassical home and build townhomes on the spacious corner lot at 43rd and Avenue G.

The family is pursuing the case on constitutional grounds, arguing it is within its rights to control its own property. The HPNA, on the other hand, advocates preserving and restoring the aging structure, in spite of the rambling, generic-looking alterations that have been made to it over the years. At the very least, they argue, the historic front portion of the house – replete with grand, full-length columns – should remain intact because of its contribution to the character of the leafy neighborhood. The house is listed as "potentially contributing" to the Hyde Park National Register Historic District.

At a hearing June 4 – the day the temporary restraining order was set to expire – attorneys for HPNA, the Nohra family, and the city recounted a curious set of circumstances surrounding the case, which first rumbled to life in early 2008 when the property owners requested a demolition permit; neighbors opposed the permit and instead sought a historical designation. Both the Historic Landmark Commission and the Planning Commission ruled in favor of the neighborhood association (and against the recommendation of city staff), and in March of this year, the City Council came close to sealing the deal with a preliminary vote in favor of historical zoning.

"After that," said HPNA attorney Philip Durst, "everything stopped." As Durst explained to the court, the house was "90 percent of the way" to securing historical designation when city staff reversed course in mid-May and issued the demolition permit. Neigh­bor­hood leaders rushed to the courthouse and obtained the temporary order to keep the bulldozer at bay.

City staffers had decided to issue the demolition permit after researching a boards and commissions ordinance, amended in 2007 in an attempt to bring uniformity to the vast number of citizen panels making recommendations to the City Council. The various boards were to have adopted new bylaws by January 2008, changing, among other things, their quorum and voting procedures. But the Historic Landmark Commission (and apparently other boards as well) was still operating under old bylaws when it voted on the Bradford-Nohra case. Under the amended ordinance, the commission would have needed a greater voting majority to render a decision in the case than the 3-2 simple majority vote that moved the issue forward.

Meanwhile, people on both sides of the zoning case have privately expressed concern that the city could be opening the door to a number of legal challenges, considering the Bradford-Nohra case is just one of countless matters that the commission voted on while operating under its "simple majority" bylaws. The amended ordinance issue could also impact other boards and commissions, although how much legal weight they carry is unclear, since most serve in advisory capacities. On May 19, the city auditor's office issued a "risk assessment" of 20 boards and commissions to determine which panels were in compliance with city policy and which ones, as the report put it, could "benefit from a performance audit." As it happens, the Historic Landmark Commission topped the risk list with 21 points.

It's uncertain whether the risk report will come into play as the Bradford-Nohra case moves forward. "My gut feeling is that this is going to go to trial," said attorney James McManus, representing the Nohra family, after the hearing. He added that the family had offered to give the house to the neighborhood association at no charge, on the condition the HPNA move the structure to another site. "But they want to control what goes on that property," McManus said of the association. HPNA member Amon Burton, who participated in mediations between the neighborhood and the family, doesn't deny McManus' assumption. "This is one of the most prominent corners of Hyde Park," he said, noting the corner's transit link to the bygone days of the trolley car. Additionally, the Elisabet Ney Museum sits a block away from the property in one direction, and Shipe Pool is a block away in another direction. "We want to protect the historic quality of that corner," Burton said. 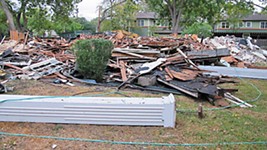