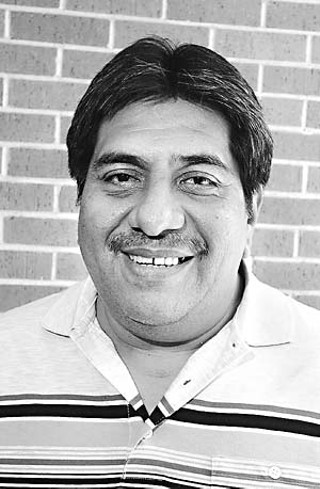 Here's one way to make certain a meeting goes your way – don't let anybody else talk, and shout down the neighbors. That was the approach taken by Gavino Fernandez and his El Concilio allies Monday night, at a Holly Street neighborhood meeting hosted by city staff at Metz Elementary School. The meeting was intended as the culmination of several months of work, stretching back to September, between city staff and neighborhood participants, in an attempt to establish a Neighborhood Plan Contact Team – a stakeholder group that helps implement the official neighborhood plan and makes recommendations to the city regarding proposed development projects. According to Neighborhood Planning and Zoning Director Greg Guern­sey, who attempted (without much success) to lead the meeting, this was the fourth such effort, stretching back several years, to establish a contact team for Holly Street – the first three had ended in failure.

This one ended no differently. After much sound and fury from one part of the audience, a paper-ballot vote on proposed contact team bylaws was defeated, 81-52 – meaning there was no need or ability to elect officers. Fernandez and his group had begun the evening by drowning out attempts by others to speak with shouts of "No bylaws!"; they similarly welcomed the outcome of the vote, with cries of "Victoria!"

Since there had been no discussion, the specific objections by Fernandez or anyone else to the bylaws were unclear, although he said afterward that "the neighborhood association will implement the plan." Under city ordinances, a contact team – with representatives of property owners, renters, business owners, and neighborhood associations – has the official responsibility for implementing the plan, and in its absence other organizations have no formal role (e.g., to require developers to submit proposed projects for neighborhood review). "A contact team gives one more voice to the neighborhood," said Guernsey. "We'll continue to work with the neighborhood, but it won't have that official voice, and I can't require a developer to consult with it." Guernsey said Fernandez had previously indicated only technical objections to the bylaws (terms of office, amendments, etc.). But according to a staff summary of the April 20 contact team development meeting and a report by a neighborhood participant, Fernandez left that meeting in a rage – vowing to return June 1, stack the meeting, and defeat any bylaws.

Asked why he and his group had prevented any discussion, Fernandez said everybody was by now familiar with the drafted bylaws and called discussion "just a stalling tactic by the city, so that people would get tired and leave." (Although Fernandez told the crowd that city staffers would be allowed five minutes to describe the bylaws, after about three minutes staffer Margaret Valenti was shouted down.) Fernandez added that since some west side neighborhoods – singling out Rosedale and Tarrytown – had not yet fully adopted neighborhood plans, "there's also an equity issue involved." The most vocal opponent, Daniel Perez, led chants of "Eastside! Eastside!" and shouted, "We like this neighborhood just the way it is, and we don't want anything to change!" Perez told the crowd, "Cesar Chavez is a two-way street! Go back to MoPac!" (Every attendee eligible to vote possessed a Holly Street neighborhood address.) Perez said his parents had been politically active since the Fifties and Sixties and, "We want to keep the Eastside the way it is."

Asked to comment on the outcome, Guern­sey smiled and said, "Oh, it's just democracy – of a sort." Valenti said she had been working on the bylaws since the fall, at a dozen meetings with about 30 residents at a time (Guernsey estimated about 190-200 participants in all), and that presumably some of them were among the yes votes. "But I don't think this argument is exactly about the bylaws. It's about previous generations, not the present time. It's about old and deep wounds that go back at least a generation."