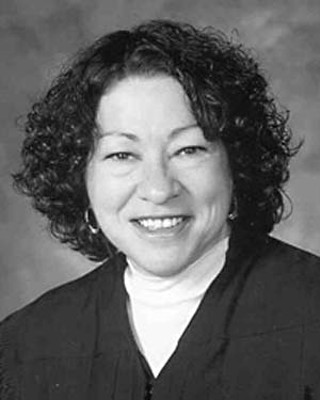 • Puerto Ricans on Tuesday celebrated President Barack Obama's nomination of one of their own – Sonia Sotomayor – to the Supreme Court; if confirmed, Sotomayor would become the first Hispanic justice on the court.

• Could the festive Trail of Lights be canceled, be scaled back, or start charging for admission? With all city departments cutting costs, the expense of the yuletide tradition is under scrutiny. Parks and Recreation Board members this week sounded more interested in charging admission than dousing the lights altogether. See "Beleaguered PARD Considers Dousing Trail of Lights."

• The Austin chapter of the NAACP held a meeting Tuesday at the Ebenezer Baptist Church to address Fire Chief Rhoda Mae Kerr's diversity-promoting hiring proposals and the police shooting of Nathaniel Sanders II. For more on the Sanders shooting, see "Nathaniel and Li'l Nate."

• City Council is off this week and next, returning June 11 to pick up the 2009 Bicycle Plan Update, which council was ready to adopt last week but couldn't due to a posting error, and a proposal plotting the future of the Solid Waste Services Department, where there's some controversy brewing; see "City Hall Hustle."

• What's chubbing? Texas House Democrats talked out the session to kill a voter ID bill that they call a Republican voter suppression tool. Meanwhile, the Senate scurried to save bills by tacking them onto other laws as amendments.

• Gut punch: California's Supreme Court Tuesday sparked angry protests with its ruling upholding the state's Proposition 8 ban on same-sex marriage; at the same time, the court decided that the 18,000 same-sex marriages that took place before the ban would remain valid. 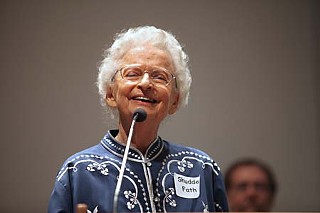 • Think your property taxes are too high? Monday, June 1, is the last day for property owners to appeal the value of their home with their county's appraisal district.

• Ultraconservative Rep. Leo Berman, R-Tyler, told the Houston Chronicle that he will formally announce a primary challenge against Gov. Rick Perry in the week of July 4.

"If we're to remain a viable party, we need to start looking at medical facts and dealing with reality and not dealing with black helicopters and other myths that are out there by the right-wing extremists."

– State senator and physician Bob Deuell, R-Greenville, after a derailed attempt to revive his bill for a needle-exchange program