Tweet
print
write a letter
James Clayton, the thief who befriended local bicyclists and then stole their high-end bikes and equipment by burglarizing their homes, pleaded guilty May 14 in Travis Co. district court and agreed to a plea bargain of four years in state prison.

Clayton's attorney, Ben Dominguez of Houston, was still working out the plea arrangements for the felony charges – two for theft and two for burglary of a habitation – when he left the courtroom for a break and asked this reporter and another local bicyclist what the cycling community would view as a "fair sentence." Clayton could have received up to 20 years for each of the burglary charges and up to two years for each of the theft charges.

Reaction on local and national cycling bulletin boards to the news of his sentence was consistent, with many comparing Clayton's deeds to horse theft in the Old West. Hanging and shooting him were suggested, and others wondered if he would jump back into the business of bike theft when he emerges from jail. "Just a matter of time before this douche bag does it again," read one post.

Dominguez and prosecutor Meg McGee said they were unsure when Clayton would be eligible for parole, but Dominguez noted that it could be as soon as a year and that Clayton gets credit for the four months of jail time served awaiting trial.

The drama began in December with an anonymous post on Craigslist warning bicyclists that Clayton was a thief. Jason Abels highlighted the item on his blog – www.atxbs.com – and a firestorm of commentary ensued, including e-mails from Clay­ton and his girlfriend, Layne Severson, denying the charges. In February police arrested Clayton, raided his North Austin home and a storage unit, and found more than $60,000 worth of stolen bikes and gear.

Bicyclists have vilified Clayton for the egregious way he conned the cycling community – such as dating a woman then stealing her bike and having Thanksgiving dinner with another friend after burglarizing his home. Clayton claimed he was a former professional bike racer whose career was cut short after a heart attack and coma at age 35.

Severson is due in court June 2 on charges of money laundering; police say Clayton used her PayPal account for transactions involving stolen goods. Looking much thinner than he appeared previously in photos and his mug shot, Clayton faced District Judge Charlie Baird and testified that Sever­son had no knowledge of his criminal history or the thefts and that she played no role in his activities. McGee said it's uncertain at this point what prosecutors will do in the Sever­son case and that she hasn't spoken to Severson's attorney yet.

Also uncertain is whether officials in Maricopa County, Ari­z., will try to extradite Clayton on several larceny charges he faces there for similar thefts. Clayton fled the state in late 2006 and came to Austin, where he quickly ingrained himself in the cycling community by attending local races and offering his services as a racing coach. 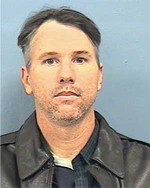 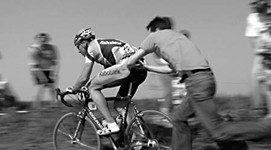