When Good Things Happen to Bad Bills – and Vice Versa

The Bad: Some Die, Others Fly

Senate Bill 855: Since no one seems prepared to push through a statewide gas-tax hike to pay for transportation costs or make the Texas Department of Transportation truly accountable, Senate Transportation & Homeland Security Com­mit­tee Chair John Carona ruefully ended up having to Frankenstein together partial fundraising powers for a handful of counties. A valiant effort but still not a real solution.

House Bill 623: In the minds of too many legislators, massage equals prostitution. Spring GOP Rep. Patricia Harless' bill, now with the Sen­ate, restricts massage establishment opening hours to 7am-10pm and bans electronic door locks (because you never know when the vice squad will come knocking). Small mercies: In committee, it was hacked down from covering the entire state to just Harris County.

HB 44: Although we wouldn't want to jinx things, it does appear that this bill, by Rep. Frank Corte, R-San Antonio, is DOA. The measure proposes requiring pharmacies to post signs warning customers seeking emergency contraception (e.g., the Plan B birth-control pill) that if they believe "life" begins at fertilization – "THE POINT WHERE THE SPERM AND EGG UNITE" – they might reconsider taking the pill. Fortunately, the bill isn't scheduled for a committee hearing. As one Capitol insider put it, if lawmakers aren't comfortable discussing sperm and eggs in school classrooms, it is unlikely they'd be eager to do so at the cash register.

HB 469: a two-headed beast, melding corporate welfare with unproven pollution technology, whereby businesses get up to $100 million in franchise-tax credits for clean coal and carbon capture research. In spite of Rep. Sylvester Turner, D-Houston, fuming that it was a handout for polluters, it still went to the Senate, where it is pending.

SB 362: Voter impersonation is an almost nonexistent type of fraud, but Republicans have made voter ID, a "solution in search of a problem," a major priority this session. Meanwhile, real problems are searching for solutions, but the Lege is not.

HB 2746: Inspired by Texas Lyceum founder Skipper Dippel, Rep. Lois Kolkhorst, R-Bren­ham, wants to turn UT's junior paleoconservative think tank, the Thomas Jefferson Center for the Study of Core Texts and Ideas, into a full-fledged School of Ethics, Western Civilization, and American Tradi­tions, to save civilization through great literature – because, apparently, the economic collapse was caused by not enough hedge-fund managers reading Euripides. The bill is pending in committee. 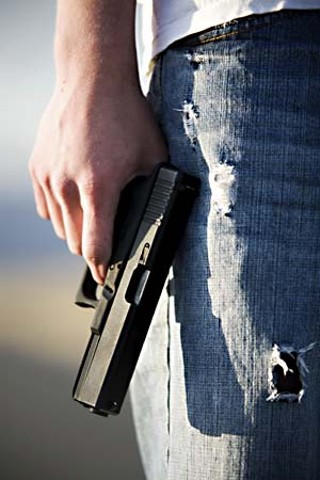 The Good: DOA or Barely Breathing

HB 239: So much for all the state's talk about green energy and planning for the future. Democratic Austin Rep. Eddie Rodri­guez's "25 by 25 plan" (launching a study to get the state to 25% renewable energy by 2025) couldn't get any traction. Too ambitious? How about 25 by 2125?

HB 1508: The Texas Commission on Environmental Quality currently bans waste discharges into the Barton Springs Recharge Zone of the Edwards Aquifer but not into the contributing zone that feeds the recharge. It would seem a no-brainer to place some limits there as well, but Austin Rep. Valinda Bolton's bill to do just that missed the May 14 deadline for floor debate.

HB 4175: Rapidly urbanizing counties such as Travis badly need some controls over land development similar to cities, but this bill got stuck in Calendars. As author Valinda Bolton, D-Austin, put it: "Unfortunately, these county bills are like moving the ball down the field against 150 years of history."

HB 3245: Austin Energy customers, just be glad you have a municipal utility. Carrollton Republican Rep. Burt Solomons wanted to add some extra consumer protections for deregulated markets but was furious when Rep. Sid Miller, R-Stephenville, killed it with a last-minute point of order. He's now fighting to get some measures added to other bills as amendments.

HB 710: The State Board of Education can be a pain in the neck, but no one proposes getting rid of it. So Rep. Patrick Rose, D-Dripping Springs, proposed placing it under limited Sunset review. After a squeaker second-reading vote, enough Republicans peeled away to kill the bill, to the joy of ultrafundamentalists like the Texas Pastor Council.

Senate Joint Resolution 21/House Joint Resolution 125: constitutional amendments from Sen. Kirk Watson, D-Austin, and Rep. Craig Eiland, D-Galveston, ensuring that the state works to maximize its federal Children's Health Insurance Program dollars. Neither has even had a committee hearing. Can we just cut to the chase and admit that Texas hates kids?

HB 776: There are two federally permitted emissions standards for new cars: the minimum Environmental Protection Agency standards and the higher Low-Emission Vehicle levels (LEV II). Guess which one Texas has? Rep. Mark Strama, D-Austin, tried to push-start the state to the stricter standard, to no avail.

SB 315: San Antonio/Austin Sen. Jeff Went­worth actually pushed for the Texas Congressional Redistricting Commission – taking the line-drawing out of the Lege's hands – even before the Tom DeLay re-redistricting fiasco of 2003. Unfortunately, he's one vote short of getting this good idea past the Senate's two-thirds rule and must wait for one of the "nays" to be absent from the floor. 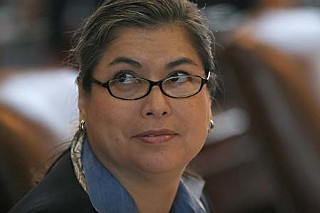 HB 2094: Houston Rep. Jessica Farrar's bill to allow microbreweries to sell their products on-site is clearly a great idea – after all, wineries can do it – but opposition from the powerful Wholesale Beer Distributors of Texas kept it bottled up in committee so it couldn't make last week's deadline for floor debate.

HB 4325: Rep. Mark Strama proposed using $1 billion of the Rainy Day Fund for a Sunny Day Fund, which would provide matching dollars to attract the competitively awarded segments of the federal stimulus. Not surprisingly, the bill never made it out of committee. The Lege loves business incentives, just not enough to endanger those all-important property-tax cuts of 2011.

SB 48: Sen. Judith Zaffirini, D-Laredo, wanted to cut back on the seeming carte blanche immunity if a student admits to hazing, but opponents said it would discourage witnesses from coming forward. So, nothing at all to do with the number of former frat boys in the Senate.

SB 780: Austin Democratic Sen. Kirk Watson's bill would have brought just a tad more transparency to the Texas Supreme Court by requiring disclosure of how justices vote when deciding which cases the court will consider. Texas Supreme Court Chief Justice Wallace Jefferson vowed to work with lawmakers on transparency, but the bill is effectively dead for the session.

HB 1812: Rep. Yvonne Davis, D-Dallas, called for an interim study of all laws dealing with drug- and alcohol-related offenses, treatment and prevention programs, and drug trafficking and violence. But lawmakers aren't that interested in gaining a broader understanding of these issues. Davis' bill was sent to the House Public Health Committee in early March and hasn't budged an inch since.