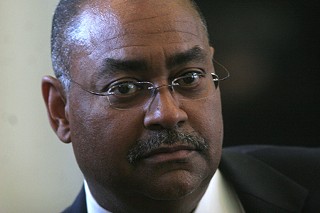 The fact that Texas leads the nation in wrongful convictions – and that by the time lawmakers headed into the Capitol in January, 38 innocent men had been released from Texas prisons after spending altogether roughly 500 years behind bars – would seem a powerful motivator for elected officials to take the time to clean up problems in the state's criminal justice system. Thus far, however, the tally for criminal justice reform is mixed. At best.

A bid to reform the way police conduct live and photo lineups has the best chance at becoming law (Senate Bill 117 by Sen. Rodney Ellis, D-Hous­ton), along with a bill that increases the amount of compensation for exonerees to $80,000 for each year spent behind bars (House Bill 1736 by Rep. Rafael Anchía). Other bills with a decent shot of making it to Perry's desk include a bill that would free so-called "Romeo and Juliet" lovers from a lifetime of having to register as sex offenders (SB 1709 by Sen. Royce West, D-Dallas), another Ellis proposal that would have police record interrogations (when "practical"), and one by Sen. Juan "Chuy" Hinojosa, D-McAllen, that would require corroboration of jailhouse snitches (SB 1681). Also still in the running are a bid to create a specialty court to handle cases involving defendants who are veterans of wars in Iraq and Afghanistan and who have been diagnosed with post-traumatic stress disorder and traumatic brain injury (Ellis' SB 112) and West's SB 1454, which would make it easier for individuals who've had criminal charges against them dismissed to have their records expunged.

Still, the specter of dozens of exonerees filling the halls of the Capitol hasn't been enough to push stiff reforms through with any speed. Some insiders complain, for example, that even reforms with a good chance at passage (such as the eyewitness-ID bill and the interrogation-recording measure) have been softened, which is hardly a mandate for reform. Still others say that the ship is turning – if slowly – toward a more equitable system. Whether that's enough to keep the innocent out of prison in the future is something that, unfortunately, we'll have to wait to see.