The Rest of the Dais

The candidates and issues of Places 2, 5, and 6

Tweet
print
write a letter
In addition to the mayoral race and Place 1 seat, three additional council seats will be filled on May 9. Here's a summary of the candidates and the major issues in those races. – W.D.

In Place 2 – within the Austin body politic, long unofficially "reserved" for a Latino candidate – incumbent Mike Martinez is looking at a re-election landslide, although he's not without critics, some from seemingly surprising quarters. That's the case with challenger Jose Quintero, supported by some Eastside residents who say the city in general and Martinez in particular are not doing enough to fight gentrification.

On affordability and neighborhood issues, Martinez (with local and state officials) has championed an Eastside Homestead Preservation District, which has taken a long time getting off the ground, in part due to the legislation required at the Capitol. Under the program, intended to help longtime Eastside residents stay in their rapidly appreciating homes, a land trust would use a portion of new development dollars to keep the property taxes for existing homeowners manageable by buying down future increases. But the tactic hasn't been fully embraced by all Eastside neighborhood groups, as the apprehension persists that the program is instead a covert city land grab.

On the city budget, Martinez has long been an advocate for more transparency (with some success under City Manager Marc Ott) and has proposed some controversial cost-cutting measures: for instance, asking for a cost estimate of all the city's myriad boards and commissions, with the intimation that meetings might be streamlined to reduce costs. Somewhat ironically, Martinez is responsible for the creation of another city commission. The former president of the Austin Firefighters Association, Martinez created the Public Safety Task Force to weigh in on police, fire, and EMS issues and included there a wide variety of voices, including representatives of the American Civil Liberties Union and neighborhood groups as well as traditional public-safety advocates. 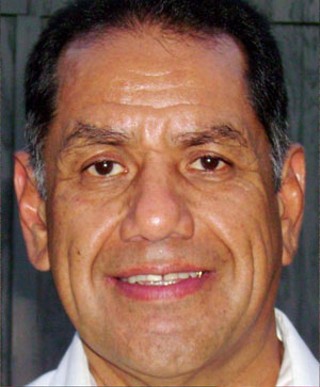 Martinez is an Austin rep on the Capital Metro board of directors and had expressed an interest in becoming the board chair, partially to address the agency's tattered relationship with its labor force. Fellow board member Brewster McCracken opposed the move, and in the end, Travis County Commissioner Margaret Gomez was tapped for the post instead.

Jose "Joe Q" Quintero has had a minimal campaign presence, appearing at only a handful of forums; one was that of the Mexican-American Democrats, where he won the endorsement, as the group is controlled by a small Eastside faction sore with Martinez over neighborhood issues. On his campaign website, Quintero rehashes the 2006 Place 2 election: "Hispanics could not even get the Pres­ident of the Hispanic Chamber of Commerce elected, Eliza May, who ran against the liberal environmental group's choice (Mike Martinez), much less grassroots candidates. ... The current 'Hispanic Representative' and my opponent has already moved out of the neighborhood as did [Raul] Alvarez before him, but the neighborhood is left suffering under the effects of the decisions made by them as it relates to land use planning." (By "the neighborhood," Quintero apparently means the lower Eastside blocks near Cesar Chavez; Martinez now lives with his son on the Northeast side, near 51st Street.) Quintero is most vocally passionate about the push for single-member council districts; Martinez has in fact been the strongest SMD advocate on council.

A former one-term council member (1997-2000) and LBJ School professor, Bill Spelman returns with all the advantages of incumbency – mainly, no opponent. On the campaign trail, he's advocated a host of policy proposals.

Spelman has addressed affordability by suggesting the city encourage homeowners to build garage apartments and "granny flats" on their properties. Aside from creating an additional affordable property (in principle), Spelman sees the additional revenue generated for the homeowner as a way to ameliorate rising property taxes. Regarding the city's economic crisis, he seeks to crowdsource Austinites' responses. "In this difficult economy, it's critically important to ensure that city services and the budget are responsive to every neighborhood," reads a proposal on his website. "Other cities have worked to address this problem by proactively including residents in the budget process. I will bring the best practices in public budget deliberation to Austin." Spelman has also called on the Austin Police Association to turn down its next round of scheduled raises, failing a miraculous economic rebound.

To balance neighborhood needs while stretching city dollars, Spelman has proposed a matching fund, under which neighborhoods would match the city's investments with sweat equity. (For example, the city might provide trees for a new pocket park, but planting duties fall to the volunteers.) He also proposes bringing back the Neighborhood Academy, a city outreach program that was axed in the post-9/11 downturn. He also proposes greater respect of current planning through stepped-up code enforcement.

Incumbent Sheryl Cole is all but assured a second term, although pockets of dissatisfaction mean challenger Sam Osemene may draw some protest votes.

In her first term, Cole has been most successful as an African-American community leader. (In a longstanding aspect of local political etiquette, her Place 6 seat has been reserved for black candidates.) She worked with the city to develop mobile health clinics and a permanent clinic in Northeast Austin to combat afflictions common in the black community, such as sickle-cell anemia. She also has striven to diffuse gurgling racial tensions in the city, most recently in the wake of the hysteria surrounding the 2009 Texas Relays weekend. On affordability, Cole is proud of her work with the council asking for 25% affordable housing in transit-oriented development districts, all along the Capital Metro Red Line stops (detractors will point to the general lack of forward momentum on TODs). The crowning achievement of her first term was getting long-dormant plans for the Waller Creek tunnel flowing by partnering with the county on the project, which will standardize flow of the creek and pull a million developable square feet out of the floodplain. It's a record she's proud of, telling the Chronicle, "You have to have development" to pay for the city's services. Cole also influences financial policy through chairing the council's Audit and Finance Committee.

On transit matters, Cole serves on the Capital Area Metropolitan Planning Organization Transportation Policy Board and the Austin-San Antonio Intermunicipal Commuter Rail District. In 2006, she sponsored a resolution with Lee Leffingwell assisting Austin CarShare by allocating to the start-up permanent parking spaces around town.

Challenger Sam Osemene is simultaneously a free-market-loving libertarian and small local business booster, seemingly unaware of the contradiction between his small-government, let-the-market-decide philosophy and his defense of city support for local business. "I strongly believe the City Council can help in promoting local businesses by keeping taxes, fees and utility rates low while at the same time promoting and maintaining effective reliable basic services," he writes, along with screeds on the Founding Fathers, the rule of law, and protecting the rights of citizens to petition their government. Osemene uses other issues as a cudgel to beat Cole; he claims her goal with the Waller Creek tunnel is to use eminent domain to force landowners out and "sell this property to developers to build condos."